158rd Anniversary of the Congregation 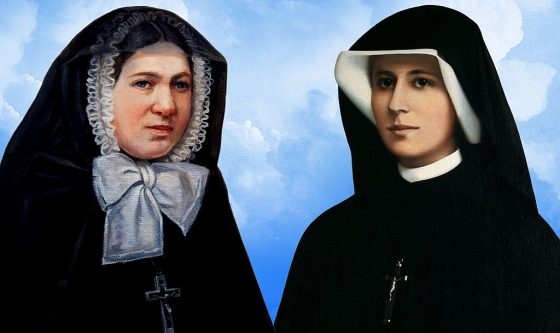 The first day of November is celebrated in the Congregation of the Sisters of Our Lady of Mercy as the day when the Church pays homage to all the Saints and, additionally, as the anniversary of the establishment of the Congregation in Poland. On this day, in 1862,  Archbishop Zygmunt Szczęsny Feliński consecrated the first chapel and House of Mercy in Warsaw at ul. Żytnia. On this day, the sisters refer especially to the early history of their Congregation. They commemorate its founder, Countess Teresa Ewa Potocka nee Sułkowska, who accepted the invitation of Archbishop Szczęsny Feliński and came to Warsaw to aid “fallen” women in returning to a life of dignity, and to establish a house for them inspired by the House of Mercy in Laval (France), which became the model for their apostolic work and religious life. Together with the Church, the sisters also revere all those who have achieved the goal of their lives: eternal union with God. These saints also include the Divine Mercy apostle, Sr. Faustina Kowalska, raised to the altars as a saint and known all over the world. Saint Faustina was the spiritual co-founder of the Congregation, along with St. Archbishop Zygmunt Szczęsny Feliński and the deceased sisters, pupils and Divine Mercy apostles who were members of the association “Faustinum” and who participated in the mission of the Congregation by making the merciful love of God present in the world through their lives, deeds, words and prayers. The sisters in all the convents their gratitude for the Congregation’s past, entrusting its present and future to God’s mercy, so that all Divine plans for it are fulfilled.

Testimonies
My daughter and son were appearing for their final exams in college . I was reciting Chaplet of Divine Mercy daily . By God`s Grace , both of them cleared the exams with good marks . Also , thanking for many other favors received for the family .
Martin, 2021-08-04
I came back from my nurse practioner with excellent results of my lab work. Thank You Diving Mercy, St. Faustina & St. Therese of Lisieux, Pope John Paul the Great.
Kristen, 2021-07-06
I was so worried about my sons future. But my Lord blessed him with admission in college.
My brother mother and sister all we're affected by covid.
But my Lord touched them and healed then Amen
Mary, 2021-06-26
Read all testimonies   Add your testimony
‹ › ×
‹ › ×