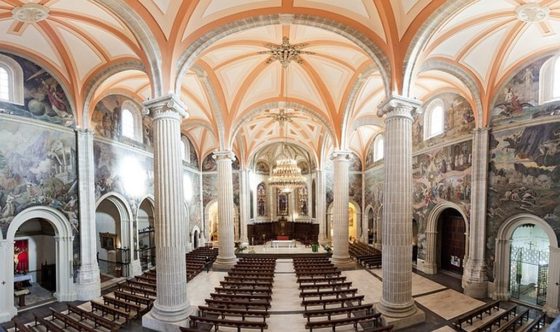 On 18-20 October, II National Congress of Divine Mercy will be held in Albacete, Spain. The theme will be “Now is the time of mercy”. 350-400 venerators of Divine Mercy from all over Spain  will participate under the leadership of Fr. Francisco José Sevilla, Secretary General of the Diocese of Albacete. The program includes: lectures, conferences, daily prayer of the Chaplet of Divine Mercy, testimony giving, and a prayer vigil and under the leadership of Bishop Ciriaco Benevente. The most important event of each day will be the celebration of the Eucharist under the episcopal leadership of Bp. Ángelo Fernández, Stanisław Cardinal Ryłko from Rome, and Ricardo Cardinal Blázquez Pérez, president of the Spanish Episcopal Conference. Among the participants there will be Sisters of Our Lady of Mercy from the convent in Krakow-Lagiewniki. Sister Teresa de la Fuente will give a conference on trust in St. Faustina’s school of spirituality, and Sr. Blanka Maria Sanz, who is Spanish, will share her testimony. The National Congress of Divine Mercy in Spain is held every three years. Its aim is to unite different groups of venerators of Divine Mercy in the exploration and proclamation of the message of Mercy.