In the footsteps of St. Faustina in Krakow 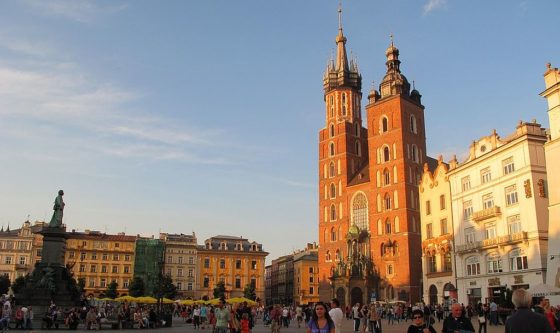 Sister Faustina came to Krakow for the first time in January 1926. She spent more than 5 years in this city. She lived in the convent of the Congregation of the Sisters of Our Lady of Mercy in Łagiewniki, but she also stayed in other places, therefore, while following her footsteps in this royal city, you need to visit: the Church of St. Joseph in Podgórze, which is a former parish of the Łagiewniki convent, the Basilica of the Sacred Heart, where St. Faustina participated in the annual procession to the Heart of God, the house at ul. Szewska 22, which housed the publishing company of J. Cebulski, where the first pictures of Merciful Jesus and prayers from the Diary of the Apostle of Divine Mercy were printed, and St. Mary’s Basilica, where St. Faustina prayed after her visit at the printshop. An important place on the trail is also the hospital of John Paul II, the former Municipal Sanitary in Prądnik, where she spent more than eight months on treatment. The hospital chapel can still be seen today, and the spot of her daily prayer is marked there. The route of Sister Faustina in Krakow also includes the Municipal Office, which has issued booklets for people who following in her footsteps in several languages. Learn More.