In the footsteps of St. Faustina. Vilnius 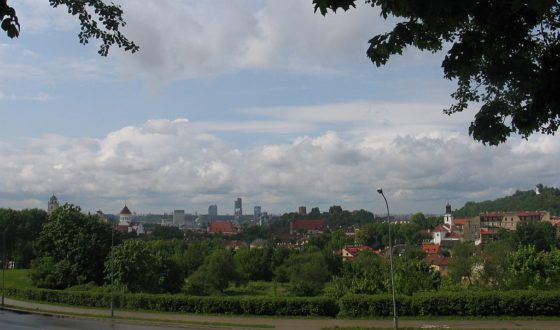 Vilnius, located within the borders of Poland before WWI, is an important spot on the trail of the revelations of the Message of Mercy. The convent of the Congregation of the Sisters of Our Lady of Mercy on the Antokol, at ul. Senatorska 25 (now Grybo 29) hosted St. Faustina twice: For four the months in 1929 and in the years 1933-1336, a total of more than 3 years. In this city, she met Fr. Michael Sopocko, who was her spiritual director in Vilnius and provided assistance to her in fulfilling the mission ordered by Jesus. Thanks to his efforts at ul. Rasu 6, the first image of Merciful Jesus was painted, and exposed for the first time for public veneration in the Gate of Dawn in April 1935,. A few months later, the Lord Jesus dictated what is now world-known Chaplet of Divine Mercy to St. Faustina. One can say that the building where this historical event took place has survived miraculously because the other monastic buildings, even though they were in a better condition, were completely demolished. The surviving “dacha”, where St. Faustina also started writing her famous Diary and where she received the request regarding the founding of “a new congregation”, or the Apostolic Movement of the Divine Mercy, a small museum has been organized subordinate to the Archdiocese of Vilnius. On the Vilnius trail of St. Faustina, there is also the church of St. Michael, where Fr. Sopocko sometimes listened to the confession by the Apostle of Divine Mercy. He was then rector of the church, where the first image of Merciful Jesus was placed for some time. In Vilnius, the image was also honored in 1985 in the Church of the Holy Spirit, and since 2005 in the Church of the Holy Trinity located in the same street, which is the Vilnius Shrine of Divine Mercy. Sister Faustina probably also witnessed important celebrations in the beautiful Baroque parish church of St. Peter and Paul and at the nearby cemetery, where the graves of Sisters who died in the Vilnius convent of the Congregation are found. Learn More.

Testimonies
I would like to share my testimony to you Sisters of Our Lady of Mercy and to my fellow brethren in Christ. May my testimony be but a small fuel to the already inflamed love of Christ through Saint Faustina.
I was being accused of sin's that I have done when I was young before I returned to the (...)
James, 2020-07-28
I arrived to the hospital in critical condition. My kidneys were not working, the blood work was hopeless, and the diagnosis even worse: the last stage of bone marrow cancer. I learned that, unfortunately, I came to the hospital too late and I would not survive beyond three months. I left a 5-year old (...)
Ada, 2020-07-23
Read all testimonies   Add your testimony
‹ › ×
‹ › ×