In the footsteps of St. Faustina. Warsaw 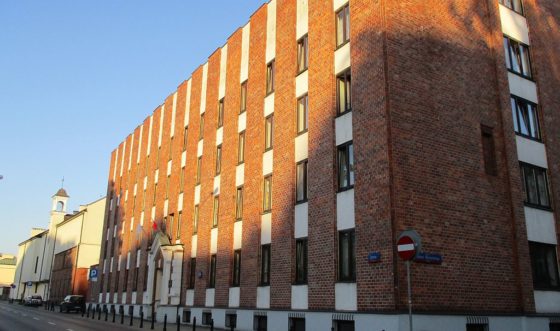 In accordance with the wishes of Jesus, Helena Kowalska, the future St. Faustina, arrived in Warsaw at the turn of July 1924, to look for a place in a convent. In the capital she spent a total of several months, maybe a year and half. Despite the destruction of the city during World War II, you can still see the places she is known to have visited. These include the Main Railway Station, which today houses the Railway Museum, the church of St. James at. ul. Grójecka 58, where she received support when she first came to the city: the address of Mrs Aldona Lipszyc, with whom she stayed and worked in Ostrówek (municipality of Klembów) to earn a modest dowry needed for joining the convent. Her long-term residence after joining the Congregation of the Sisters of Our Lady of Mercy was the convent at ul. Żytnia 3/9. She participated daily in the Holy Mass and prayed in the monastery’s church, which then served the sisters and pupils, is now a parish church raised to rank of a Shrine of St. Faustina. Another place connected with Sr. Faustina’s stay in Warsaw was also the second convent at ul. Hetmańska in Grochów, where she visited the sisters, but also lived and worked for a short time. In her Diary, she also mentions a prayer in the chapel of the Sisters of the Family of Mary at ul. Żelazna, during which Jesus made her realize how much depended on the fulfillment of the mission He entrusted her with. Learn More.