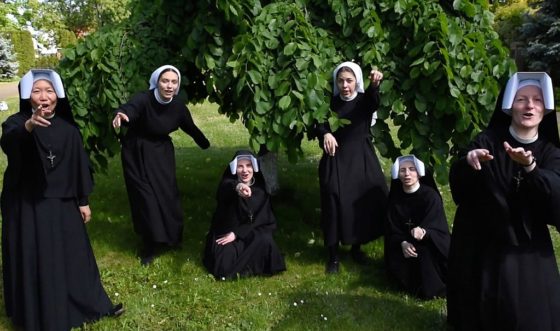 Responding to the nomination from the La Salette Fathers, Sisters from the Congregation of Our Lady of Mercy took part in the #Hot16Challenge2 at the Łagiewniki Shrine.  According to the rules of this action, the Sisters have recorded a rap song composed of 16 verses, which aims to support health care and also carry the message of Divine Mercy. The challenge has been joined by many well-known individuals from the world of culture, art, and politics, for example, President Andrzej Duda, along with people of the Church.