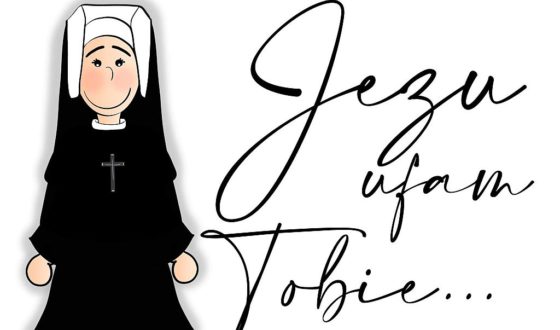 With over 625,000 views, the song performed by Sisters from the Congregation of Our Lady of Mercy at the Shrine in Krakow-Łagiewniki was recorded as part of the #Hot16Challenge2. The aim of this action is to support the health system, but also, and above all, to bring the spiritual message of Divine Mercy closer to people. And the latter is happening, as evidenced by the voices of people calling and writing to the Łagiewniki convent, commenting online, and calling radio and television stations. An Italian version was also made. One of the many commenters says: Even though I am boycotting the rightness and truthfulness of religion (not the existence of God), I teared up listening to this, because you can see that these women really believe in what they do and in the omnipresent mercy in the world, which you simply have to want to see. I would so much want to be wrong in many of my beliefs, and such people are rebuilding my faith in something I have no idea about, something that I have tried to reject all my life. This is a miracle (Kongos).