Paint Me an Image 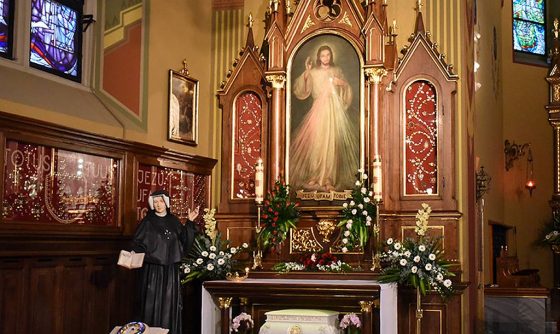 Wymaluj obraz (Paint Me an Image) is the title of a film about one of the most renowned icons of the Church – the Divine Mercy Image. It has reached the furthest corners of the world on all continents, and is the record of a vision St. Faustina had in the Plock Congregation of the Sisters of Our Lady of Mercy convent on 22 February 1931, as she was called by Jesus to paint an image according to her vision. The film shows the story of looking for painters who could make the mystical experience of Sister Faustina come to life, from the first attempt by the Vilnius artist Eugeniusz Kazimirowski to the most well-known painting made in 1944 by Adilf Hyła in Krakow, which embodied the words of Jesus:  I desire that this image be venerated, first in your chapel, and [then] throughout the world.

The film was directed by Bogusława Stanowska-Cichoń and will be broadcast by: