The Funeral Mass for the vice postulator in the canonization cause of Sr. Faustina 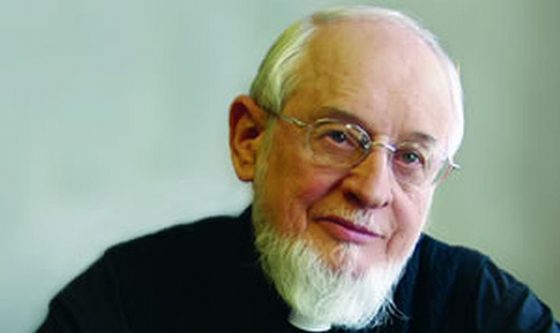 The Funeral Mass for Fr. Seraphim Michalenko, MIC will be on Saturday, Feb. 20, 2021, at 9:00 AM Eastern Standard Time at the National Shrine of Divine Mercy in Stockbridge, MA, USA. It will be a private ceremony but it will be live-streamed: https://www.thedivinemercy.org/DailyMass

Fr. Seraphim used to say of himself: „Mercy is my life.” For 20 years he worked as a vice-postulator in the canonization process of St. Faustina for North America. He witnessed the first miracle, attributed to the intercession of Sister Faustina, which opened her path for beatification in 1993. He was also the coordinator of efforts to verify the second miracle before her canonization. He devoted his entire life in the congregation of the Marian Fathers of the Immaculate Conception to spreading the Divine Mercy message and the spiritual heritage of St. Faustina. He was the rector of the National Shrine of Divine Mercy in Stockbridge, MA and the director of the Institute of Divine Mercy, also in Stockbridge. He wrote a series of articles for the “Marian Helpers” magazine, supervised the publication of various books, brochures and audiovisual materials on the message and devotion to Divine Mercy, and the writings of Sister Faustina. As a promoter of the Divine Mercy and St. Faustina he was well known to EWTN viewers, for whom he hosted many programs devoted to this subject. He was also a consultant and a co-author of several films. He carried the message of Mercy to the world as a speaker on retreats, theological symposiums and congresses of Divine Mercy in many countries of the world. When he came to Poland, he always visited the Shrine of Divine Mercy in Kraków-Łagiewniki to pray at the miraculous image of Merciful Jesus and at the tomb of St. Faustina, to whom he personally owed, among others, healing from cancer disease. He returned to the home of Heavenly Father on the feast of Our Lady of Lourdes on February 11, 2021. He was 90 years old.