The Liturgical Feast of St. Faustina 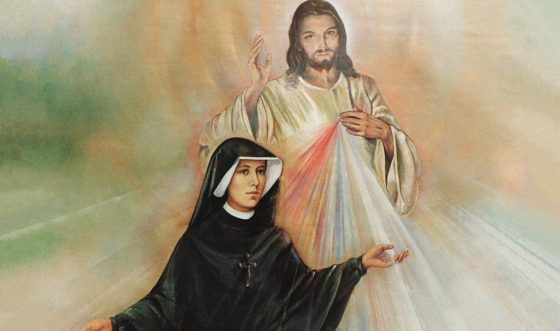 October 5 marks the 84th anniversary of St. Faustina, the Apostle of Divine Mercy’s birth for heaven. This day, her liturgical memory is celebrated as is a liturgical feast in all convents of the Congregation of the Sisters of Our Lady of Mercy. Saint Faustina is one the great mystics of the Church and a prophet whom Jesus sent to the whole world with the message of Mercy. Her school of spirituality recorded in her Diary serves millions of people around the world. Saint John Paul II said of her simply that “she is a gift of God for our time, a gift of Poland to the entire Church.”

Her influence on the life of the Church is expressed, for example, in the widespread practice of the Divine Mercy devotion in the forms she provided. Today, there is probably no country without a Divine Mercy Image; the Feast of Mercy on the first Sunday after Easter was included in liturgical calendar of the entire Church in 2000; the Chaplet of Divine Mercy is recited even in tribal languages, although it was dictated in Polish, as is the entire message of Mercy; the practice of praying at the moment of Jesus’ agony on the Cross, the Hour of Mercy, is gaining popularity, along with the entire Mercy devotion. The Apostolic Divine Mercy Movement, a “congregation” that Jesus demanded to be founded, is one of the largest movements in the modern Church.

The influence of her life and mission to proclaim the message of Mercy to the world is also evident in the patronages given to churches. Saint Faustina is the patron saint of Łódź and other places, schools, works of mercy, various associations and communities. Her name is given to girls at baptism and chosen by young persons at the sacrament of confirmation. She was the Patroness of the World Youth Day in Sydney and Krakow. She inspires scientists, theologians, people of culture, art and media, and is one of the Catholic Church’s best-known and best-loved saints. Her relics are in nearly 130 countries around the world, including an Orthodox church in Bucharest and the Anglican Shrine of Divine Mercy in the United Kingdom. All over the world, theological symposiums, diocesan, national, continental and world congresses are held, which draw their dynamism precisely from the life and mission of Sister Faustina. The radiation of this “gift of God” embraces the entire Church and the world, but it is meant to reach every person and prepare the world for the second coming of Christ.