The Pope of Mercy concert in Plock 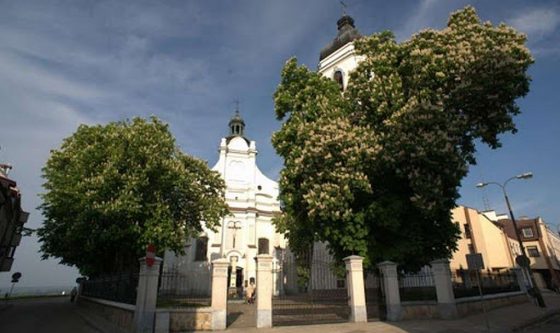 In preparation for the 90th anniversary of the revelation of Merciful Jesus and the centenary of the birth of St. John Paul II, the Shrine of Divine Mercy in Plock and the Capital of the Nation Association are organizing a concert themed The Pope of Mercy, which will be the world premiere of the Sanctus for John Paul II written by the outstanding Polish-American composer Wiesław Rentowski.

The concert will  be conducted by Maestro Michele Fioroni from Milan. It will be performed by: Dominika Zamara (Venice) – soprano, Sylwester Targosz-Szalonek (Katowice) – tenor, Lorenzo Zaggia (Lausanne) – organ, Emilian Rosiak (Warsaw/Bydgoszcz) – cello solo, conductor, Paweł Choina (Warsaw) – conductor. The artists will be accompanied by the Polish-German Sinfonietta and the Men’s Choir of the “Harfa” Wacław Lachman Singing Society of Warsaw.

The concert will take place at the parish of St. Bartholomew in Plock on October 3 (Saturday)  at 7pm. For more information please visit: www.milosierdzieplock.pl.