“The Secretary” Staged in Krakow 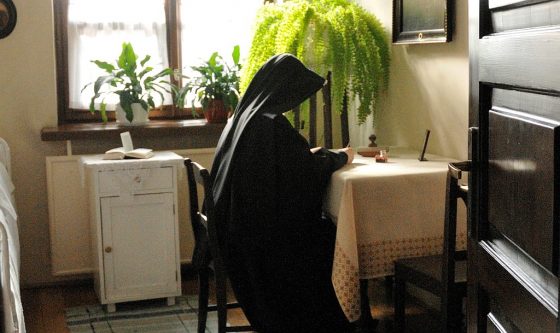 On the occasion of the 25th anniversary of the first papal pilgrimage of John Paul II to the Shrine of Divine Mercy in Krakow-Łagiewniki, on June 5th, a performance of The Secretary, which premiered at the Jerzy Szaniawski Dramatic Theatre in Płock last year, will be staged at 3.30 p.m. in the auditorium next to the Basilica. The monodrama performed by Barbara Misiun was based on the Diary of St. Faustina and shows her in the everyday life of her cell and hospital room, where she meets Merciful Jesus, who strengthens her in the prophetic mission of proclaiming the message of Mercy to the world.