Anniversary of St. Faustina’s the birth to Heaven 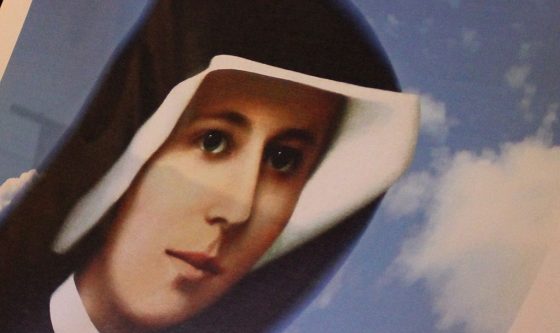 October 5 marks the 84th anniversary of the Apostle of Divine Mercy’s death. The day was recalled by the late Sister Eufemia Traczyńska as follows: On October 5, at dinner time, there was a bell. It was known that Sr. Faustina was dying. We dropped whatever we were doing and as we were, we went to see her. The chaplain was already in the infirmary with a few of the sisters. We prayed together. We prayed for a long time: the prayers for the dying, litanies and other prayers. We prayed for so long that even the evening Mass was held a little later than usual. At some point, Sr. Faustina gave a sign for Mother Superior to lean toward her, and she said that she would not die yet, and that she would let us know when she would. The sisters left. … When I returned to my cell, I entered the chapel and prayed for the souls in purgatory, asking that they awaken me when Sr. Faustina was dying, because I really wanted to be with her at the moment of her death. I was afraid to ask Mother Superior outright, for we young novices were not allowed to go in there, in case we should be infected with tuberculosis. Sister Amelia was allowed in, because she was already sick. I went to bed at the usual time and immediately fell asleep. Suddenly, someone wakes me up: “Sister, if you want to be present at the death of Sr. Faustina, get up now.” I immediately realized that a mistake had been made… The one who came to wake Sr. Amelia, got into the wrong cell and came to me instead. As soon as I could, I woke Sr. Amelia, I put on my smock and cap, and quickly ran to the infirmary. Sister Amelia followed. It was around eleven at night. When we came there, Sr. Faustina seemed to slightly open her eyes and she smiled a little, and then bowed her head and that was it… Sister Amelia said she probably just died. I looked at Sr. Amelia, but I did not say anything. We prayed on. The candle was burning all the time.

It was the day that Sister Faustina waited longingly for, as she awaited her full union with Jesus to dwell forever in the Father’s house, the heavenly homeland, as she used to say. She promised: I shall not forget you, O poor Earth, thought I feel I shall immediately sink completely in God, as in an ocean of bliss; but it will not prevent me from coming back to Earth and fortifying and encouraging souls to trust in Divine mercy. In fact, being submerged in God will give me unlimited scope for action (Diary, 1582). She faithfully keeps her word, interceding for many graces and earthly blessings to all who confidently turn to her for help. After all, Jesus said to her: “Do whatever you wish; distribute graces as you wish, to whomever and whenever you wish” (Diary, 31).