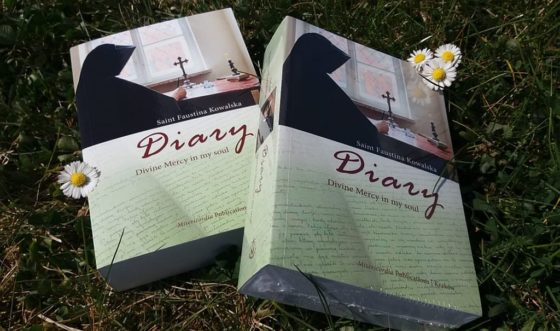 The Diary of Saint Faustina Kowalska is one of the gems of mystical literature. She wrote it in Vilnius and Kraków in 1934 – 1938, as Jesus Himself had told her to do. Also her confessors, Father Michał Sopoćko in Vilnius and Father Józef Andrasz S.J. in Kraków, instructed her to write it, and the superiors of the Congregation gave her their consent. Her earliest extant notes were written in July 1934. We know that Sister Faustina burnt the original version of the Diary, because when Father Sopoćko was away, she yielded to the persuasion of an alleged angel (in reality Satan). Later, her Vilnian spiritual director told her to reconstruct what she had destroyed. So, the Diary we have today, especially its first notebook, does not follow a chronological order.

Sister Faustina intersperses current events and experiences with the description of things that happened earlier. She wrote all the entries in secret in her free time when she was not carrying out her monastic duties. She also wrote in hospital, where she had more time and, at Father Sopoćko’s request, she underlined all of Jesus’ words. “Even though I am not well and my nature wants to rest, still I feel the inspiration of grace to prevail over tiredness and write, to keep writing to comfort the souls I love so much, with whom I shall share all eternity. I so dearly want them to have eternal life that I spend all my free time, even the briefest moments, on writing, in the way Jesus wants me to write.” (Diary 1471). The last entries to  which she put a date were written in June 1938, so she stopped writing her Diary three months before her death. She wrote six notebooks altogether, which were published along with a small notebook on the way she prepared for Holy Communion.