By the lake in Kiekrz 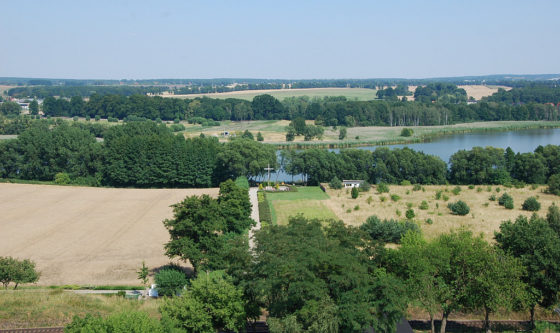 Kiekrz, a small charming village which has a very long and interesting history, lies on the Poznań-Szczecin railway line, a few kilo- metres from the city of Poznań. The first historical note on Kiekrz dates back to the year 1386, whereas the first piece of information about the parish – as early as to the year 1397. This beautiful village situated between two lakes: Great Lake of Kiekrz and Small Lake of Kiekrz, has also been marked by Saint Faustina presence – during the summer of 1929 she spent a few weeks in the house of the Congregation of the Sisters of Our Lady of Mercy at 10 Kierska Street. At that time she was a young sister, therefore she was sent to houses where she was needed in order to substitute either for a sister who was going for her third probation or for a sister who was ill. She was also sent to houses which were being founded – in order to help there. For these reasons, in 1929 Sister Faustina was in Vilnius, Warsaw – in the Grochów district, in Kiekrz and in Warsaw in Żytnia Street.

Meeting by the shore of the lake 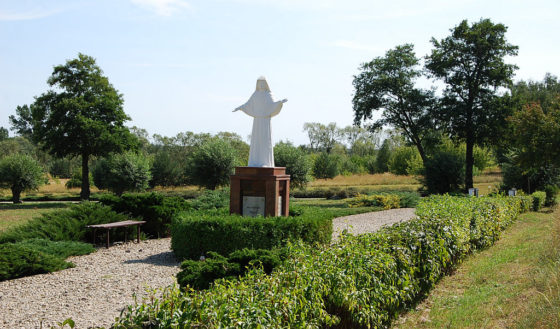 On 7th July, 1929, Saint Faustina came to Kiekrz in order to substitute for an ailing sister, Modesta Rzeczkowska, in the kitchen. She combined her work there with a very deep spiritual life. She could use everything in order to come to know God’s merciful love and respond to it with trust and love. One of her meetings with Jesus was unusual as regards its simplicity. It was also very beautiful, one may say 'romantic’. What she wrote in the 'Diary’ tells us what happened at the lake: “When I was in Kiekrz to take the place of one of the sisters for a short time, 91 one afternoon I went into the garden and stood on the lakeside, thinking for quite a while about the natural world. Suddenly, I saw Jesus beside me, Who graciously said to me, ‘I have created all this for you, My bride, know that all this beauty is nothing compared to what I have prepared for you in eternity.’ My soul was filled with such a great sense of comfort that I stayed there till evening, though it seemed to me I had spent only a short while there. It was my free day, for my one-day retreat, so I was absolutely free to devote my time to prayer. O, how infinitely good is God, He pursues us with His goodness. It very often happens that the Lord bestows the greatest graces on me when I don’t expect them at all” (Diary 158). Although Sister Faustina spent few weeks in Kiekrz, still she made a good impression there, too. After her departure the Superior of the house, Sr Ksawera Olszamowska, wrote to Mother General Michael Moraczewska: “I have had the impression that her spiritual life is very deep and that God has endowed her with special graces”. 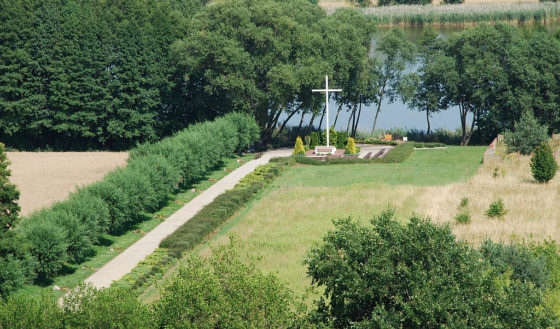 Owing to the efforts of the community of the sisters from Kiekrz, who were helped by numerous benefactors, the path to the lake which Saint Faustina took has been reconstructed. On the 5th October, 2005, the centenary of the Apostle of the Divine Mercy’s birth, Saint Faustina’s Path was blessed by the Archbishop of Poznań, Stanisław Gądecki. Pilgrims are welcomed by a plaster statue of the Saint, which invites them to take her path and ponder on God’s merciful love in nature. It also invites them to reflect on it at the Stations of the Cross – which are at a road lined with 33 old willows – silent witnesses to the walks of the Divine Mercy Secretary. An altar with a cross which is a few metres in height has been built where Sister Faustina met Jesus. In one of the buildings of the convent the sisters have created a 'souvenirs room’, where pilgrims can see antique exhibits introducing them to the sisters’ everyday life at the beginnings of the house in Kiekrz. 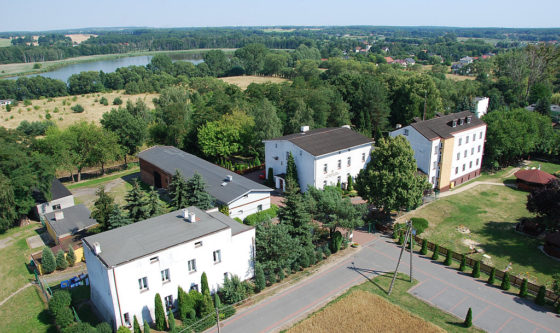 In March, 1928, Sr Dominika Matysiak and Sr Filomena Andrejko from the Congregation of the Sisters of Our Lady of Mercy came to Kiekrz at the invitation of the Rev. Canon Walenty Dymek, who was later to become the Archbishop of Poznań. In the April that year Mother Ksawera Olszamowska joined them – she was appointed as the first superior of the new house (she was in office till 1941). The Congregation was to run a House of Mercy for morally neglected girls who, for the last three years, had been taken care of by some ladies – members of the 'Przystań’ [’Haven’] Society. A grange (a dozen or so hectares) which encompassed a house situated right by Small Lake of Kiekrz was leased to the sisters. The house was surrounded by a large orchard – four thousand fruit trees – and by farmland. The sisters had to walk over two kilometres to the parish church and three – to the railway station. As early as in the July, the house and the chapel was blessed by Bishop Karol Radoński. The first year of the House of Mercy was very difficult – mostly for want of means. On average there were about twenty girls in the institute. They were sent either by the county office (under-age girls who had already been sentenced by a court) or by the Social Welfare of the City of Poznań. Only after the bakery was opened in 1934 did the number of the wards rise to forty. The house was developing fairly rapidly and the number of the sisters was also rising. The sisters made a living thanks to the farm, orchard and bakery, where about 1200 kilograms of bread and rolls was baked every week. However, lack of electricity and machines was a big hindrance, and the modest incomes did not allow the sisters to make big investments.

The World War II was a period which was especially difficult in the history of the house in Kiekrz. At the beginning the sisters worked in the institute – as they had done before – however, in 1941 the Nazis took over the house. The sisters were taken to the concentration camp in Bojanów and the girls were either sent to families or they were made servants. The building was converted into an institute for seventy-five German boys. Right after the war the sisters came back to Kiekrz, however, once the Germans had fled, the regional government took over the buildings. Many efforts had to be made in order to recover the house and the farm, as well as to reopen the institute. Everything had to be started anew. Some other difficulties arose in November, 1960, when the state authorities closed down the institute. In order not to lose the house, the Congregation transferred their novitiate to Kiekrz – it was there for ten years. The sisters also founded an orphanage for children. They have been running it since that time and in 1986 they started a new work: they have helped women who bring up their children on their own and they have provided them with refuge. In 1999 single mothers moved into a new building where 21 mothers and 25 children can live. 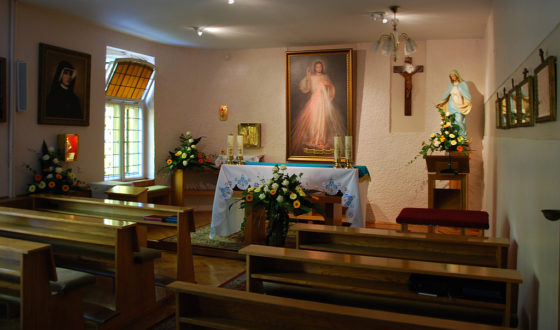 Due to the fact that Saint Faustina stayed in the house for many years a centre of the Divine Mercy devotion of the entire Archdiocese of Poznań has been developing in Kiekrz. Archbishop Stanisław Gądecki, the Metropolitan of Poznan’s decree of 22 June 2015 established the convent chapel in Kiekrz as a Shrine of St. Faustina.