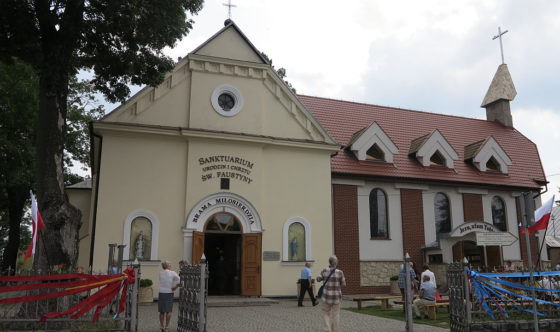 The church dedicated to St. Casimir has been the parish church in Świnice Warckie for more than 700 years. It has a very rich history. Helena Kowalska, later known in the convent as St. Sister Faustina, was baptized in this church. Here she went to her first confession and first Holy Communion, and attended the Sunday Eucharist and other services and devotions. For this reason, many pilgrims both from Poland and other countries in the world, wishing to visit places associated with the life of the Apostle of The Divine Mercy, make their way to the parish church in Świnice Warckie. On 25th September 2002, Bishop Bronisław Dembowski, the Ordinary of Włocławek, raised the parish church to the rank of Diocesan Shrine of the Baptism and Birth of St. Sister Faustina. The main indulgenced celebration takes place on Sunday around 25th August each year (the birthday of the Apostle of The Divine Mercy). 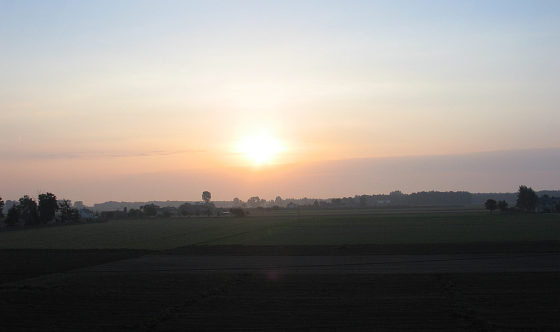 Jakub Świnka, the archbishop of Gniezno and one of the most prominent figures of the Middle Ages, was the founder of the first church and the whole village of Świnice Warckie. During the period of the fragmentation of Poland (c. 1138-1320) Jakub Świnka became famous as a defender of Polish identity. He instructed the clergy that the sermons and prayers with the people should be celebrated in their native language.

The first mention of Świnice dates back to 1301. The village, located near the trade routes, must have developed very fast, since it was mentioned as a city as early as 1458. The city used the Coat of Arms of Jakub Świnka, known in many European countries. This Coat of Arms shows a girl’s hand in the mouth of a boar, and the legend explains that the girl was a Sarmatian girl, who as a Christian in Rome was sentenced to be devoured by a beast, but she tore its jaws, and thus saved her life. Apart from this one mention of Świnice as a city, it has always been regarded as a village. In the nineteenth century, the second part was added to its name: “Warckie”, due to the proximity of the Warta River and because the village belongs to powiat Warcki (county). Until the beginning of the sixteenth century the village belonged to the archbishops of Gniezno, and then to several families, among others, Byszewski, Umiński, Świnicki and Zaręba.

The first wooden church by the foundation of Archbishop Jakub Świnka, dedicated to St. Gotthard, appears to have been built in this place already in 1300. In 1592 it was replaced by a new wooden church, and in 1828 a third church was built, but this, along with the presbytery, a bell tower, a shelter for the elderly and some farm buildings, burned down only a few days after it was consecrated. For 30 years after that, Świnice was joined to a neighbouring parish, and only a small chapel stood on the site of the church. 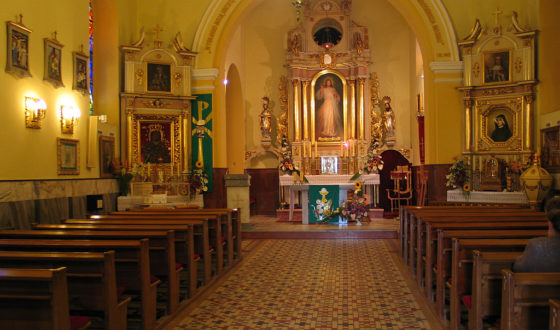 The present church, dedicated to St. Prince Casimir and founded by the then owner of Świnice, Kazimierz Karwowski and parishioners, dates back to 1859. Three Baroque altars adorn the chancel and single-nave interior of the church, and an image of the Merciful Jesus (given by the “Faustinum” Association) now graces the main altar, replacing the image of Our Lady of Częstochowa, which has been moved to the left altar. The image of the patron saint of the church, St. Casimir, is to be found at the side altar on the right and there you can also find an image of St. Sister Faustina, a decorative reliquary of St. Sister Faustina and the baptismal font at which she was baptized. 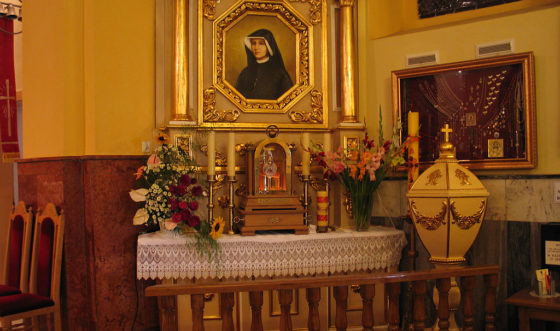 In this church the young Helena Kowalska prayed, took part in the Eucharist, was present at the Adoration of the Blessed Sacrament and went to confession. The confessional was preserved, a silent witness of her childhood encounters with God in this sacrament of mercy. During Vespers in this church when she was seven years old, she experienced God’s merciful love for the first time in a tangible way, and years later she understood this to have been a call to the service of God. She also attended this church when, as a religious sister, she visited her severely sick mother. She wrote in her “Diary”: “How easy it was to pray in that little church! I remembered all the graces that I had received there, and which I had not understood at the time and had so often abused. I wondered how I could have been so blind. And as I was thus regretting my blindness, I suddenly saw the Lord Jesus, radiant with unspeakable beauty, … and He said to me with kindness, ‘My chosen one, I will give you even greater graces that you may be the witness of My infinite mercy throughout all eternity’.” (Diary, 400).

Today the family home of St. Sister Faustina also belongs to the parish. The museum that has been set up there contains a collection of objects designed to convey the mood of those times and the family life of the Kowalskis. Farm buildings and the area surrounding the house have been adapted to meet the needs of pilgrims. 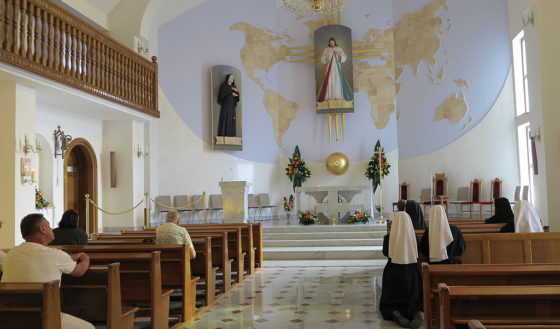 Following the beatification and canonization of Sister Faustina, there was increased interest in the area she came from. On 25th September 2002 Bishop Bronisław Dembowski, the Ordinary of Włocławek, raised the parish church to the status of the Diocesan Shrine of the Baptism and Birth of St. Sister Faustina. 2005 saw the start of expansion work on the church, with the object of creating better conditions for the pastoral work of the Shrine.