Devotion to the Divine Mercy and to the Sacred Heart 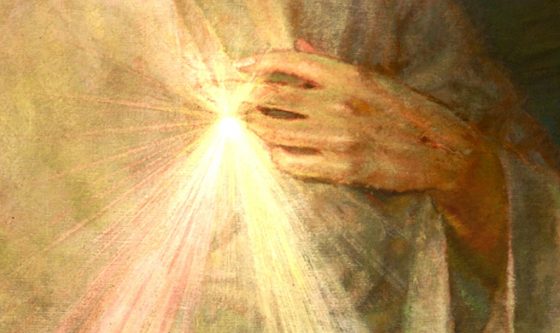 At first blush it may seem that the Devotion to the Divine Mercy is only a form of the Devotion to the Sacred Heart and that the devotions do not differ considerably. Upon a cursory reading of Sister Faustina’s 'Diary’, in which the Heart of Jesus is frequently mentioned, one can be confirmed in this belief. However, a theological analysis of the work clearly differentiates between the two Devotions, which are so popular in the Church. The Rev. Professor I. Różycki carried out such an analysis and, on the basis of it he showed fundamental differences between the Devotion to the Sacred Heart of Jesus and the one to the Divine Mercy. They differ as regards the object of veneration: who and what is worshipped, the essence of the Devotions and the privileged time – the time to which certain promises are attached.

As far as the Devotion to the Divine Mercy is concerned, the image of the Merciful Jesus is venerated – the one painted according to the vision that Sister Faustina had in Płock on the 22nd February, 1931, whereas as regards the other devotion – the human, 'physical’ Heart of Jesus is worshipped.

3p.m. – every day – (the moment of Jesus’ agony on the cross) and the Feast of Mercy – on the first Sunday after Easter – this is the privileged time as far as the Devotion to the Divine Mercy is concerned, whereas as regards the Devotion to the Sacred Heart the privileged time is on first Fridays of every month and on the Feast of the Sacred Heart.