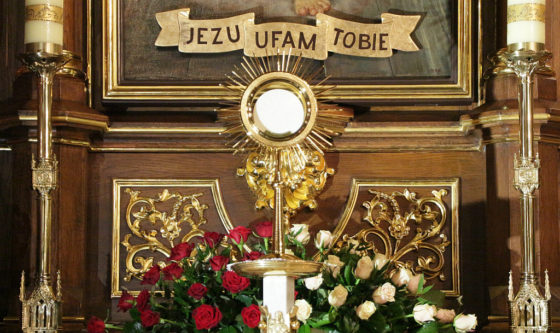 Every vocation has a personal character. As the word itself says – it is about the relationship between the one who calls and the one to whom the call is addressed. In this case the One who is calling is God Himself, and His call is addressed to a specific person who may freely respond to the call of God, accepting the gift of vocation, or rejecting it. The vocation is therefore a personal relationship between God and that person.

What lies at the heart of discerning God’s vocation is a recognition of the fundamental truth about the merciful love of God towards mankind, created in His image and likeness. God created men and women not only out of love (giving everyone an immortal soul), but – as a good Father – He has also chosen for each individual He creates the best way to achieve happiness and purpose in life, that being union with Him in love. And one such way, for those who are called to it, is the religious life.

The ‘voice’ of vocation may first of all make itself heard in the sanctuary of one’s soul, where God speaks by means of silent inspirations. Let’s say we are waiting for His answers in prayer, asking for His will as to the fundamental direction of our life. We are also taking a close look at our desires, fascinations and abilities because, seen as special resources, enabling us to walk the path of a particular vocation, they can also be indicators.

In the process of discerning our vocation we should use the experience and knowledge of trusted people (such as priests, parents, and consecrated persons) as well as skilfully reading the “signs of the times” which are present in our reality, and which fall outside our control, for example a serious illness can indicate that one is not called to a particular congregation because one would not be able to fulfil its duties.

The authenticity of one’s vocation can be definitively confirmed by the Church through its superiors, educators and religious communities. The following factors are taken into account in this discernment: motivation, complete freedom (internal and external), maturity, as well as suitable abilities corresponding with the consecrated life and with the charism of the congregation.

The discernment of one’s exact vocation

Young people sometimes begin the discernment of their particular vocation by collecting as much detailed information as possible about religious congregations. They inquire about the exact plan of the day, the style of the habit, the rule of life and so-called “dos and don’ts”. While gathering this sort of information they “try these things on” like new clothes, and try to imagine such a life, which for some may seem like a miracle.

While, within the scope of ‘religious life’ as a whole, information about a given congregation can be appropriate and even necessary, it must be pointed out that such a “changing room approach” is unlikely to lead to a proper choice, and should not be considered as constituting the first stage in the discernment of one’s vocation.

Towards the inner life 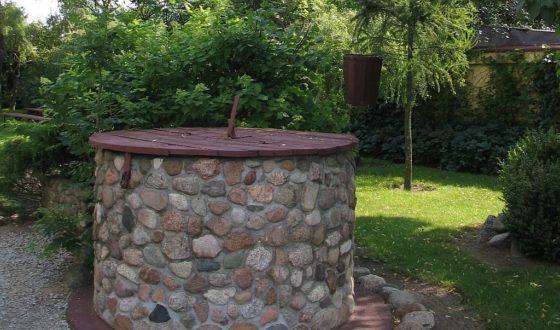 The discernment of one’s vocation focuses on one’s inner life, leading towards a meeting with God in the depths of one’s own being. What does this mean in reality? Now, each of us has his or her own life story, our daily moment by moment ‘record card’ on which God has written constantly. Thus the past, despite being a road already travelled, becomes for the person who is considering their vocation a spring or well where they may discern God’s calling. The first stage of discernment, therefore, can come as a quiet, firm command to stop; a command to sit with God at these ‘wells’ of your life and, like the Samaritan woman, accept the invitation to dialogue, about Him and about you. Here we have to take into account the fact that the well is deep, and the pitcher is in our hands.

This first phase, seemingly simple, may stir up some resistance; it may introduce some confusion, and sometimes a sense of futility: why rummage in what has already passed? However, the secret place of the heart has a response concerning the way ahead. Choosing to turn and “face inwards” allows one to face the truth about oneself, about one’s desires and expectations, and about unconscious motivations. Standing still and encountering inner silence will be likely to start bringing to the fore certain areas in us that are fragile, weak, painful, but also beautiful in their sensitivity. If one opens the door to such a first encounter with God at the “well”, the astonishing wealth one has hidden within can make one stand still in amazement.

At this point discernment begins to expand and to deepen, as it is now not only carried on at the level of the strong and visible parts of our personality, but starts to encompass all its aspects, both in the spiritual realm and in the psychological one. Such discernment will lead to a place where the whole human person, with his or her sorrows (or hurts) and joys, defeat and victory is able to stand before God and open up to His gift.

The gift which I already have

Given the exceedingly deep well, which is our life, and the fragility of the pitcher, the full depth can only be fathomed with time and patience, silence and calm; and only this same atmosphere, carefully sought and maintained, will succeed in bringing to light the ‘pearls’ – those personal traits that make us unique human beings with a special leaning towards God, and an extraordinary attraction towards His attributes.

And here I would like to mention briefly the charism of religious communities. Most frequently we tend to define the charism of religious communities in the works that the given community is involved with and this is partly understandable. Yet the charism is something much deeper. It derives from the heart of a particular community’s members, who having experienced a given truth about God in a particularly strong way, now desire to live by this truth and to share it with the world, to follow Christ in a particular aspect of His life and mission. Hence, this taking a look into one’s own heart can be seen as discovering what God, through my life story, is saying about Himself and about myself. The questions are: What particularly impresses me about God and what is the Good News that I constantly carry within myself? What is that which, moment by moment, has permeated and is permeating my existence and which surfaces in a compelling way even through tears, filling me with so much happiness that it is impossible to keep it just for myself? If this is the way you feel then the choice of way for your life will no longer be just a matter of “adjusting” to the outside „do’s and don’ts,” but an eager response, including openness to risk and the possibility of hardship.

The dialogue with God at the well led the Samaritan woman to a confrontation with her life. She came to the well as if incognito, and she ran towards Samaria as a woman now already fully aware of who she was: “He has told me everything I have done.” Getting to know the truth, although it was not easy for her, filled her with peace, even with joy. Did she previously not know this truth about herself? She probably knew, maybe she discussed it in an internal dialogue with herself; however, she could not bring it out into the light. It was as if she was waiting for the ears willing to listen to her, and for the eyes that would accept her, if she voiced the truth. And the Lord accepted her.

Vocation discernment leads irrevocably to a full confrontation with the truth. Anyone taking this path is therefore recommended to seek support from a person familiar with the ways of the spiritual life. We are speaking here of spiritual direction. By this means, the person recognizing his or her vocation is not exposed to some subjectivity and may with greater courage open up to difficult life issues. One must constantly bear in mind that the well is deep, which means that at various times and stages discouragement is bound to occur. Moreover, there is also a mystery concerning what exactly is hidden in the well.

Vocation discernment takes place in the arena of ordinary and everyday life. Responsibilities that life brings become simultaneously a test of one’s choices. School, studies and work constantly consume most of one’s energy. However, in all this the spiritual life requires moments of silence, of being with God alone, and one needs to respect that, because this is the way of love.