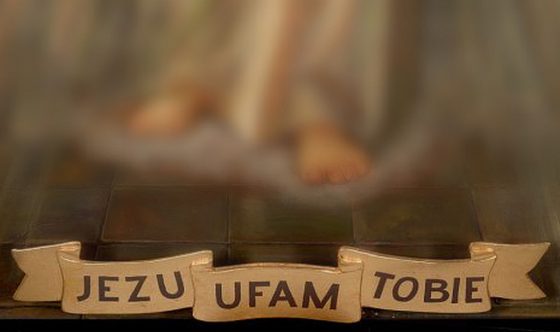 At first, the Devotion to the Divine Mercy was spread the way other devotions were: litanies, chaplets and novenas were popular parts of them and Sister Faustina’s confessor from Vilnius, the blessed Rev. Michał Sopoćko, spread the Devotion to the Divine Mercy by popularizing these forms. It was only the Rev. Professor Ignacy Różycki who laid the theological foundations for this Devotion in the forms conveyed by Saint Faustina – for the needs of the beatification process of the Apostle of the Divine Mercy he analyzed her 'Diary’ fully. The analysis shows that the attitude of trust in the Lord God is the very essence of the Devotion. This is the biblical attitude of faith, trust in God. In practice, it consists in fulfilling His will expressed by the Commandments, obligations of one’s state in life, the Beatitudes, the evangelical counsels or discerned inspirations of the Holy Spirit. The attitude of mercy towards neighbour is the other essential condition for this Devotion. Thanks to it, the Devotion to the Divine Mercy does not consists only in prayers but it demands that we shape the evangelical attitude of active love of people in ourselves. Only trust in God and mercy towards neighbour provide the foundation for the new forms of the Devotion, which the Lord Jesus conveyed to Sister Faustina: Christ’s image with the words Jesus, I trust in You at its bottom, the Feast of Mercy on the first Sunday after Easter, the Chaplet to the Divine Mercy, the Hour of Mercy and spreading honour of the Divine Mercy. As regards the new forms of the Devotion, the promises attached to them pertain to all people that will practise the forms. This is what differentiates them from other prayers noted down in Saint Faustina’s 'Diary’ – promises attached to the latter, for instance, to the act 'O Blood and Water’ or the Novena to the Divine Mercy, pertain to Sister Faustina only. In order to benefit from the great promises it is necessary to practise these forms of worship in the spirit of the Devotion – that is, what is needed is the attitude of trust in God and mercy towards neighbour. 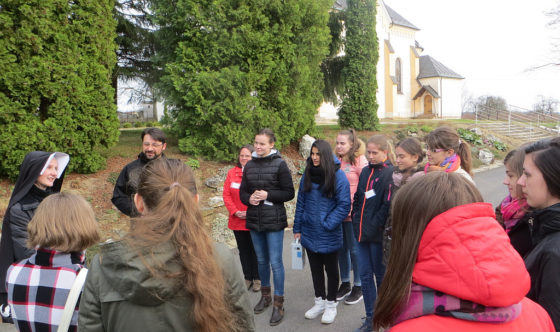 The mercy of the One Triune God is the object of the Devotion, which the Lord Jesus conveyed by Sister Faustina. What is meant in here is an attribute of God – the Creator and Redeemer – which is His love, goodness and compassion for all misery of human beings. When we venerate an attribute of God, we worship Him Himself, because God is simple, which means that God is everything that is in Him. So – writes Rev. I. Różycki – „God is not only wise but He is Wisdom; He is not only omnipotent but He is Omnipotence; He does not only reveal His providence to the world, but He is Providence; He does not only love us but He is Love; He is not only merciful but He is Mercy. Therefore, Wisdom, Providence, Omnipotence, Love and Mercy, which are what God is, have the right to be venerated and worshipped by us”.

The attitude of trust in the Lord God, which has the Divine Mercy, revealed in the work of creation, salvation and glory, for its origin and motive, is the essence of the Devotion. This merciful love of God should be a motive for unwavering trust – it calls everything into existence, sustains creatures in being, has pity on man’s every misery and allows him to share in the Divine life already on earth and throughout eternity. Trust is man’s first response to the merciful love of God, who loved us before we loved Him, and it is also the only vessel by means of which graces are drawn. Jesus told Sister Faustina: “The graces from My mercy are drawn by one vessel, and that vessel is trustfulness. The more trustful a soul is, the more it will receive. Souls that have boundless trust are a great comfort to Me, for into such souls I pour all the treasures of My graces. I am pleased when they ask for much, for I want to bestow much, and even very much. But I am saddened when souls ask for little, when they tighten and close up their hearts” (Diary 1578).

In Sister Faustina’s works trust is not one virtue, but it is a lifelong attitude of a human being towards God – the Father rich in mercy. Theological virtues: faith, hope, charity as well as moral ones: humility and contrition, are the precondition for trust: it is impossible to trust God without them because we cannot trust someone who we do not know, on who we do not count and who we do not love. It is also not possible to trust Him unless we come to know our weakness and acknowledge that there is evil in our life. Thus trust is neither a pious feeling nor intellectual acceptance of the truths of faith, but it is an attitude which resides in man’s will and finds its expression in fulfilling God’s will, which can be found in the Commandments, obligations of one’s state in life or in the discerned inspirations of the Holy Spirit. He who comes to know the mystery of the Divine Mercy and trusts God, knows that God’s will aims exclusively at attaining man’s good, therefore, with love, he accepts it as a gift and tries to carry it out.

Trust is the essence of the Devotion to the Divine Mercy to such an extent that the Devotion does not exist without it – because the first, basic expression of praise given unto the Divine Mercy is an act of trust. In order to venerate the Divine Mercy, first, we are to trust and, then, to practise the forms of the Devotion. Secondly, the Lord Jesus attached a general promise to trust in the Divine Mercy itself, namely that of obtaining all graces and rewards in this world. He told Sister Faustina: “I want to grant immeasurable graces to souls that trust in My mercy” (Diary 687). “Heaven and Earth would sooner turn into nothingness than a trustful soul be denied My mercy” (Diary 1777). If a person approaches the sources of the Divine Mercy with trust, if he is a sinner – he will attain justification and if he is just – he will be confirmed in good (cf. Diary 1520). “Whosoever has put his trust in My mercy – promised the Lord Jesus –  at the hour of his death, I shall fill his soul with my Divine peace” (Diary 1520), even if the person has not practised the forms of the Devotion.

Attitude of mercy towards neighbour

The attitude of mercy towards the neighbour is the other indispensable element as regards the practice of the Devotion. The Lord Jesus said to Sister Faustina and, through her, to every Christian: “I require you to make acts of mercy, which are to come from your love for Me. You are always and everywhere to show mercy unto your neighbours; you may not withdraw, excuse or absolve yourself from this” (Diary 742). In this manner He reminded us about the fundamental Christian duty and, at the same time, He said how it is to be carried out: mercy can be exercised in three ways: the first – by deed, the second – by word, the third – by prayer. The intention with which acts of mercy are to be performed should be emphasized here: they are to be performed „out of love for Jesus”, who identifies Himself with every person because – as He said – „just as you did it to one of the least of these who are members of my family, you did it to me” (Mt 25:40). It is this intention precisely that differentiates Christian mercy from natural charity or, practised for various reasons, philanthropy. The Lord Jesus desires that His worshippers perform at least one act of mercy for neighbours out of love for Him per day. Since active love of neighbour is required, the Devotion to the Divine Mercy cannot consist only in prayers but it should be „a form of Christian religious life which is to be lived out deeply” (Rev. I. Różycki).

Devotion to the Divine Mercy and to the Sacred Heart

At first blush it may seem that the Devotion to the Divine Mercy is only a form of the Devotion to the Sacred Heart and that the devotions do not differ considerably. Upon a cursory reading of Sister Faustina’s 'Diary’, in which the Heart of Jesus is frequently mentioned, one can be confirmed in this belief. However, a theological analysis of the work clearly differentiates between the two Devotions, which are so popular in the Church. The Rev. Professor I. Różycki carried out such an analysis and, on the basis of it he showed fundamental differences between the Devotion to the Sacred Heart of Jesus and the one to the Divine Mercy. They differ as regards the object of veneration: who and what is worshipped, the essence of the Devotions and the privileged time – the time to which certain promises are attached.

As far as the Devotion to the Divine Mercy is concerned, the image of the Merciful Jesus is venerated – the one painted according to the vision that Sister Faustina had in Płock on the 22nd February, 1931, whereas as regards the other devotion – the human, 'physical’ Heart of Jesus is worshipped.

3p.m. – every day – (the moment of Jesus’ agony on the cross) and the Feast of Mercy – on the first Sunday after Easter – this is the privileged time as far as the Devotion to the Divine Mercy is concerned, whereas as regards the Devotion to the Sacred Heart the privileged time is on first Fridays of every month and on the Feast of the Sacred Heart.

Many publications on the Devotion to the Divine Mercy mix up the new forms of the Devotion revealed to Sister Faustina with her prayers written down in the 'Diary’ and they also often mix up these forms with other devotions. It frequently seems as if the novena, litany or the promises, quoted with no explanation of what the essence of the Devotion is, that is without solicitude for the attitude of trust in God and active love of neighbour, were the most important elements of the Devotion to the Divine Mercy. While the earlier publications can be excused, today, given the fact that the theological analysis of Sister Faustina’s works has been carried out already, we should strive to convey the Devotion correctly – only then will it be practised the way it should be – in order to entreat for the Divine Mercy fruitfully.