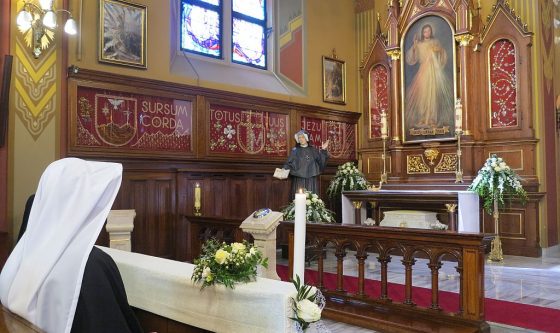 On 2 August, at 10:00 am at the Shrine of Divine Mercy, 1 sister from the Congregation of Our Lady of Mercy, after serving a two-year novitiate and making an eight-day retreat, will make their first vows before the Superior General, Mother Petra Kowalczyk. The ceremonies, taking place in the convent chapel of the miracle-famous image of Merciful Jesus and the tomb of St. Faustina will be presided Father Robert Więcek SJ. The ceremony will be attended by sisters from many convents of the Congregation and families of the sisters. During the first profession, sister make vows of chastity, poverty and obedience to Jesus for a year, which are then renewed for five consecutive years. After this period, perpetual vows take place.