A charism is a gift from God for the ministry of a Congregation in the Church and in the world. The charism determines not only that particular Congregation’s objective, in fact the very reason why it exists, but also the nature of its apostolic work and the spirituality of the entire religious community. 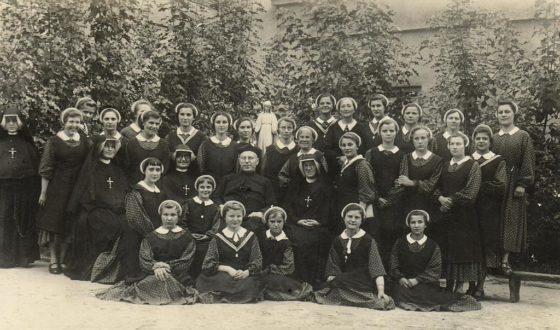 From the start, the Congregation was called by God to work in the field of helping girls and women in need of profound moral renewal. It received this as its so-called ‘charism of foundation’.

“The aim of the Sisters of the Society of Our Lady of Mercy is not only to work on their own sanctification through the practice of Christian virtues and the evangelical counsels, but also (…) to work to restore to the service of God those fallen girls and women given into their charge, they being desirous to amend their lives, (…) However, our work does not include protecting such people from an initial fall (…) therefore the number of girls admitted for purposes of protection is always to be especially limited. In no way can any be admitted as charges or otherwise, who are not classed either as sisters to be or as penitent women. Accepting leadership in prisons and houses of protection would be incompatible with the goal of our Work and with the independence so dear to our institution.”

The Congregation was initially created to perform a very specific task in the Church, namely to carry out educational work with girls and women in need of moral reform (prostitutes) who voluntarily wished to change their lives (“the charism of foundation”).

The history of the Congregation shows how this charism developed, eventually including the care of other persons whose morality was threatened. Taking into consideration the living conditions of society and the fact that the group under threat of ‘demoralization’ has become ever younger, the Congregation has expanded the scope of its apostolic work to cover not only those already depraved, but also those threatened with moral degradation. The Constitutions of 1930 stated: The houses of the Congregation may also admit those women whose living conditions could lead them to destruction, always provided that their number remains limited.