Fr. Józef Andrasz, S.J.
The following priests supported Sister Faustina in discerning and fulfilling the prophetic mission of Mercy: in Vilnius the Blessed Rev. Michał Sopoćko was her confessor and spiritual director, while in Cracow it was Father Joseph Andrasz, SJ. 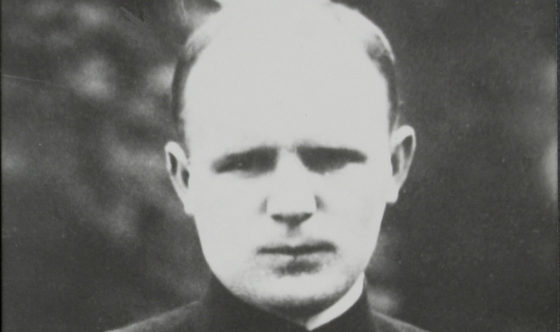 Since 1932 Father Joseph Andrasz S.J. was the quarterly confessor of the novitiate of the Congregation of Sisters of Our Lady of Mercy in Cracow-Łagiewniki. However the professed sisters also went to confession to him. For the first time he ministered to Sister Faustina during the retreat before her perpetual vows in April, 1933. He became her permanent spiritual director during the last years of her life, which she spent in Cracow. Father Andrasz ministered to Sister Faustina for over two years and a half altogether and after her death he involved himself in the fulfilment of her mission. Under his direction the Image of the Merciful Jesus, which is nowadays renowned for graces in the Shrine in Cracow – Łagiewniki, was painted by Adolf Hyła. Father Andrasz also initiated solemn services to the Divine Mercy in the monastic chapel of the Congregation in Łagiewniki (1943) as well as celebrating the Feast of Mercy (1944). It was on his initiative that memories of Sister Faustina were gathered, while his booklet “Divine Mercy, we trust in thee”, which promotes the devotion to the Divine Mercy in the forms conveyed by Saint Faustina, has been translated into many languages and a large number of its copies have been sold around the world. He was also the author of the first biographies of the Apostle of the Divine Mercy. A short biographical note was published in the booklet “Divine Mercy, we trust in thee”, while a long biography, which he did not finish, has never been published. 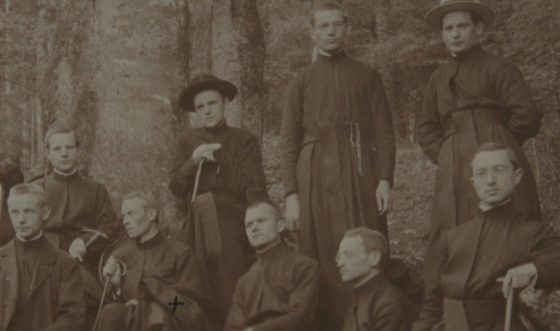 Father Joseph Andrasz was born on 16 October, 1891. He came into the world in a family of ten children, in Wielopole, near Nowy Sącz. Having completed a high school education in Nowy Sącz, at the age of 15 he entered the Society of Jesus and after two years of the novitiate he took his first religious vows. Later he studied philosophy and theology in Poland and in Gräfenberg (Germany) and on his name day, on 19 March, 1919, he was ordained priest by Bishop Anatol Nowak in Saint Barbara’s Church in Cracow. Then he took up the post of a writer at the Jesuits’ Publishing House in Cracow and involved himself in spreading the worship of the Heart of Jesus. On his initiative the book series: “Spiritual Life Library” was created – over 40 volumes of the most outstanding works on asceticism and mysticism were published. Father Andrasz did not write about the spiritual life solely. In his works he also spread the worship of the Heart of Jesus, the Apostleship of Prayer and the Liturgy. His booklet entitled “Together with the Priest”, which familiarized the reader with the riches of the Eucharist, was a bestseller going through as many as 20 editions. In 1930 he became the National Secretary of the Apostleship of Prayer and Family Consecration. He was the head of the works in the dioceses of Cracow and Częstochowa right up until 1953. Father Andrasz’s greatest achievement in this field was the consecration not only of families or parishes but also the whole nation to the Heart of God, which took place on 21 October 1951. From 1923 to 1928 he edited “Our News”, in which he published many articles about history. For 10 years (1930-1940) he was the editor of “Messenger of the Sacred Heart” and for one year (1936-1937) the head of the Apostleship of Prayer Publishing House. Thanks to him a new edition of the “New Testament” translated by J. Wujek was also published. At the same time he was a highly regarded retreat preacher, confessor and spiritual director. Not only did he hear the confessions of Sister Faustina but also of many persons who led a deep spiritual and mystical life, for instance Mother Zofia Tajber, the foundress of the Congregation of the Sisters of the Most Holy Soul of Christ. He was a regular and extraordinary confessor of: the sisters of Nazareth, the Ursulines, the Sacre Coeur sisters, the sisters of Our Lady of Mercy and of many other congregations.

During World War II, when the Jesuits’ College at Kopernika Street in Cracow was transformed into a military hospital by the Germans, Father Andrasz lived in many places; he stayed at the residence of nuns who he served as a priest. In 1942 Mother Superior Irene Krzyżanowska invited him to the convent in Łagiewniki, where he stayed till 1945. Since the Second World War till his death, 1 February 1963, he devoted himself to the apostolate of the Divine Mercy. His body was buried in the Jesuits’ tomb in Rakowicki Cemetery in Cracow.