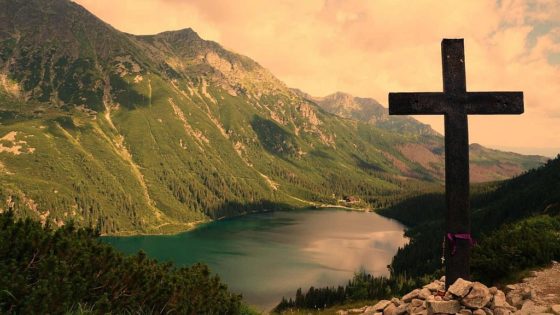 Out of all the forms of devotion to Divine Mercy given by Sister Faustina, the Hour of Mercy was the last one to be discovered and popularized, since the first publications associated with this devotion concentrated on popularizing the Chaplet, Novena and Litany. It was not until the writings of St. Sister Faustina, especially her Diary, were subjected to theological analysis by Father Prof. I. Różycki for her beatification process, that those prayers revealed by the Lord Jesus, and favoured by Him with special promises for all those who practise them, were selected from among the many recorded. Alongside the veneration of the image of Merciful Jesus, celebrations of the Feast of The Divine Mercy, reciting the Chaplet of Divine Mercy, and spreading the devotion to Mercy, the Hour of Mercy is one of the newer and most popular forms of the devotion. Following publication of the works of Father Różycki on the devotion to Divine Mercy, this form of devotion developed fairly rapidly. Practising this devotion does not require any special circumstances (e.g. church attendance) but only to connect (at three o’clock) with Jesus dying on the cross, wherever we happen to be at this time, to reflect on His Passion, and to refer to its value and merit in our supplications. 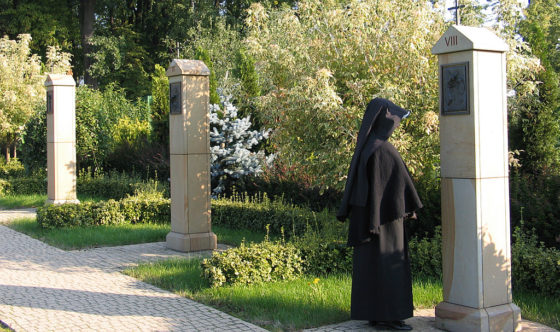 The prayer at three o’clock has been practised in the Congregation of the Sisters of Our Lady of Mercy since the beginning. “At three o’clock” – reads the record in the old Polish prayer book of the Congregation – “the bell shall ring, announcing the hour of death of Christ the Lord. All [the sisters] shall kneel immediately, kiss the earth and recite ‘Let God be the highest loved …’, followed by three Hail Marys to commemorate the three hours when the Virgin Mary stood at the foot of the cross. Then a ‘Sigh’ ” to the Sacred Heart of Jesus asking for the ability to completely offer oneself in sacrifice, for the spirit of obedience and love of God. The prayer in this form remained in the Congregation for any three o’clock celebration in the interwar period of the twentieth century, that is to say during Sister Faustina’s lifetime.

In this historical context, the Lord Jesus gave Sister Faustina a new formula for the practice of prayer at the moment of His agony on the cross and called it “the hour of great mercy for the whole world” (Diary 1320). It is a favoured time in the devotion to Divine Mercy for, subject to certain conditions, a prayer at this hour carries with it Jesus’ promise of all graces and temporal blessings in keeping with the will of God (cf. Diary 1320, 1572).

The new practice at the Hour of Mercy was adopted not only by Sister Faustina, but also by her Congregation, which wrote it down in its mandatory prayers. In the chapels of the Congregation the prayer at the Hour of Mercy begins with the act: “O Blood and Water”. This is followed by prayerful meditation on some aspect of the Passion of Christ, addressed directly to the Lord Jesus and combined with intercession for the general intentions of the Church and the world, as well as for the specific intentions of the faithful who ask the sisters for prayer support. The prayer at the Hour of Mercy is also followed by the Chaplet of Divine Mercy, as well as by thanksgiving for all graces. TV Puls has been broadcasting the Hour of Mercy and the Chaplet of Divine Mercy from the Shrine in Krakow-Lagiewniki every Friday of the month since December 2004; and starting in September 2009, the same has been done every first Friday by Lux TV from Slovakia. The Hour of Mercy is also practised in some Catholic radio stations (e.g. Wroclaw, Kalisz, Jasna Góra). Misericordia Publishing House has published the texts of the prayers in the Hour of Mercy as a book. They are also published regularly in the quarterly Orędzie Miłosierdzia (Message of Mercy).

This form of devotion to the Divine Mercy is being popularized in many countries in different ways. In some churches daily prayer at the Hour of Mercy is practised, in others the bells are rung at three o’clock calling people to prayer wherever they are at this time. In the Philippines, an image of Merciful Jesus appears on the television screen at this time, and watches announce the third hour with a special signal. The Internet and mobile phones are increasingly used for this purpose. They signal three o’clock, recalling the death of Jesus and this special time of mercy which the merciful Lord has given us daily and wherever we are.