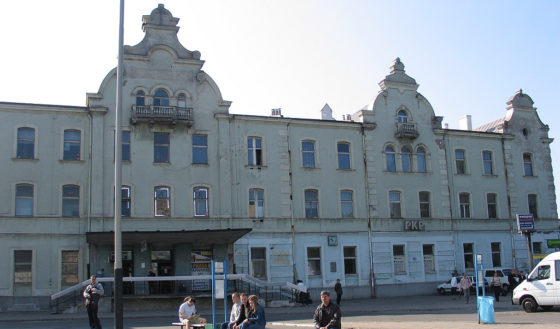 When Helenka Kowalska finished her one-year job as a servant in Aleksandrów, she returned to Głogowiec in order to ask her parents to allow her to enter a convent. The Kowalskis did not agree. They found an excuse: they said that they could not afford a dowry. Although Helenka explained that the money was not needed because the Lord Jesus Himself would find a way, her father persevered in the resolution and did not want to listen even to the parish priest, who advised the Kowalskis to sell their cow and allow the girl to enter a convent – because the Lord God was calling her. Helenka did not want to enter a convent without the parents’ consent, therefore, she started working as a servant again – at that time in Łódź.

1. In service in Łódź

At that period of time Łódź was a textile industry centre which was developing very rapidly. At the beginning of the 20th century it had over 500,000 inhabitants: Poles, Germans, Jews and Russians. In the city there were big workshops and plants. Banks were flourishing, impressive palaces of industrialists were being built and parks as well as gardens were being created. Due to the fact that the industry was developing, many people were coming to the city – they were looking for jobs in order to earn money – to make a living and have a roof over their heads.

In 1922 Helenka Kowalska also came to Łódź in order to be in service at wealthy families’ – she wanted to earn her living and help the parents. First she stayed at the house of her uncle, Michał Rapacki, at 9 Krośnieńska Street, and worked for three Tertiaries of St. Francis. When she took up the job she laid down three conditions, which were quite unusual given the fact that she was a young girl: she asked to have time to attend Mass every day, to visit the sick and dying, and to be ministered by the priest who took care of the Third Order of St. Francis. 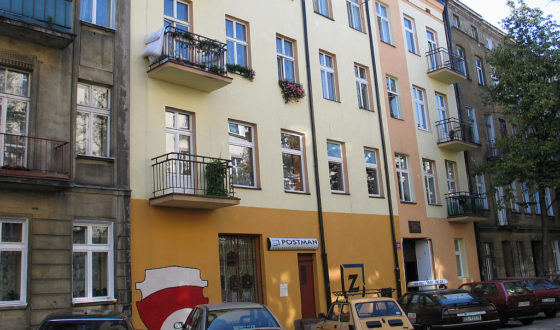 On 2 February 1923 Helenka was sent by an employment agency to the house of Marcjanna Sadowska, who had a grocery at 29 Abramowskiego Street and needed a child-minder for her three offspring. When she saw an elegantly dressed girl standing in the doorway she thought that she was not cut out to be a servant and she lowered the salary in order not to employ her. Helenka did not become discouraged by that, she accepted the conditions laid down by her new employer and stayed at her place.

Marcjanna Sadowiska recalled that her children liked Helenka a lot because she told them fairytales and she ran the household excellently. In her memoirs she wrote: „Whenever I left the house I could rest assured. She was better at keeping the house than I was. She was kind, courteous, and hard-working. I’ve absolutely nothing to hold against her, she was just too good. Words cannot describe how good she was„.

Helenka did not only run Mrs Sadowska’s household and took care of her children but she also looked after those in need – and there were many of them at that time. In the same tenement house, in a lumber room under the stairs, a lonely, old man lived. Helenka cared for him not only by bringing food and consoling him but she also look after his salvation. One day she brought a priest along to him in order that he could make his confession and receive the Holy Communion. As it turned out, the man died soon afterwards, however, he was reconciled with God and prepared to meet Him.

One day Helenka’s eldest sister, Józefa, came the house in Abramow- skiego Street in order to pay her a visit. Mrs. Sadowska told Faustina to be very hospitable to her sister and to bring everything that was needed from the shop. However, Helenka brought only some rolls. The employer was surprised and asked her why she was giving so little to her sister. Helenka replied that it was Lent and that her entire family was used to observing rigorous fasts during that time.

These episodes as well as the employers’ opinions of Helenka show that she was very sensitive to other people’s needs and that she carried out her duties conscientiously. They also show that she was very friendly to others, that she was cheerful and pious. She did not impose her piety on anyone but she was not ashamed of it either. The way she lived every day faithfully reflected what she believed in. 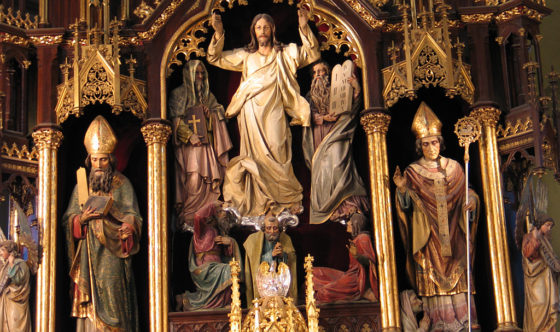 At that time as may as three Kowalski sisters were in service, each of them in a different place: Helenka and Gienia in houses facing each other in Abramowskiego Street and Natalka in a house in Nawrot Street. In order to talk they most frequently met at the Cathe- dral of Łódź after Holy Mass on Sundays – they did not have time for that during weekdays. The Cathedral of Łódź, the former St Stanisław Kostka’s Church, was the forth grand and elegant church in Łódź. It was built at the beginning of the 20th century and in 1920, when Pope Benedict XV created the diocese of Łódź, it was raised to the rank of a cathedral. It was there that Helenka Kowalska attended Holy Masses and services during her stay in Łódź.

As regards that part of Helenka Kowalska’s life, the most important event took place in 'Wenecja’ park (today – J. Słowacki’s Park). At the end of the 19th century it was created by the owner of a mill – by a certain Reich. The park was called 'Wenecja’ [Venice] because it encompassed land with ponds which were linked by canals and which were supplied with water from the nearby Jasień River. At that time it was a recreation centre which provided entertainment for the inhabitants of Łódź and the surrounding area. In the morning it was children’s playground; in the afternoon bands played in the concert 'bowl’ and plays were staged in the summer theatre. In the evening, when dance music was played and when there were various attractions, adults had fun (for instance, there was a high springboard used in order to jump over a fire into water). 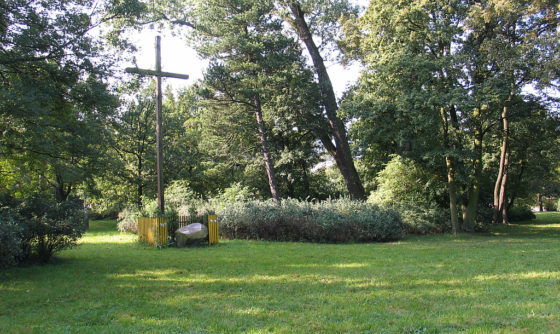 To enter this place to dance tickets had to be bought. One evening three Kowalski sisters, their friend Lucyna Strzelecka (later to become Sr Julita – in the congregation of the Grey Ursuline sisters) and Jesus Himself went to such a dance. As her sister Natalia recalled, Helenka „was wearing a pink cretonne dress, with frills on the side. Her hair was swept back – she had a plait as thick as the arm. She was a very shapely and cheerful girl and others could find her appealing„. Sister Faustina wrote in her 'Diary’: “As I started to dance, I suddenly saw Jesus next to me, Jesus crushed with suffering, stripped of His apparel and all covered with wounds, Who said these words to me, ‘How long am I to put up with you, and how long are you going to keep Me waiting?’ At that moment the pleasant music stopped, I lost sight of the company I was with, only Jesus and I were left” (Diary 9). Pretending to have a headache, she left her companions behind quickly. She went to the nearest church – the Cathedral of St Stanisław Kostka – where, paying no attention to the people who were at church, she fell prostrate before the Blessed Sacrament and asked the Lord to tell her what she should do next. She heard the following answer: “Go immediately to Warsaw, there you will enter a convent” (Diary 10). It was this event that made her leave Łódź. 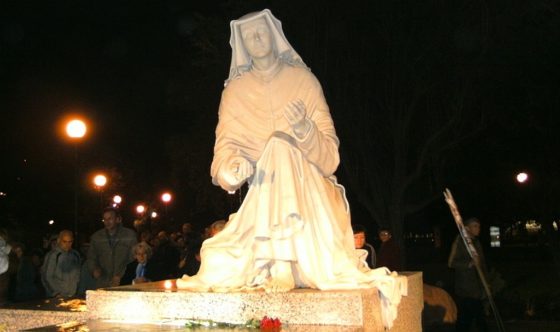 Today Helenka Kowalska – Saint Faustina – is the patron saint of Łódź: the City Council put forward this proposal, which Holy Father Benedict XVI accepted in 2005 – by issuing the decree. In the city and the Church of Łódź there have been various initiatives not only to commemorate the places where the Patron Saint stayed, but also to popularize her life and mission.