In the “Diary” of St. Faustina 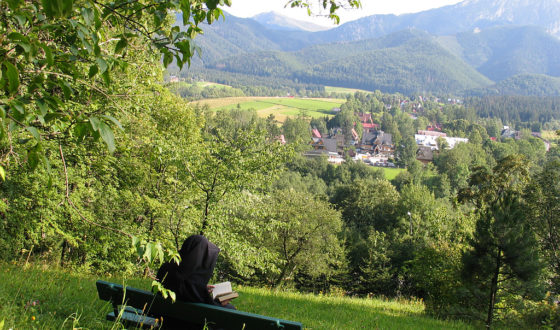 “Under the Old Covenant I sent prophets to My people with thunderbolts. Today, I am sending you with My mercy to the whole of mankind” (Diary 1588). Sister Faustina was chosen by God to remind the world of the mystery of His mercy. Not without significance is the historical context in which God sent her with the prophetic mission of Mercy. For in the twentieth century ideologies of evil were created and developed: Nazism and communism. This was and still is a time of unprecedented development in terms of civilization and technology; a time of deep moral decline and departure of man from God; and life “as if God did not exist” on a hitherto unprecedented scale. In this context, it becomes clear that in such times, God gives us a great gift, by sending prophets, to remind us of the truth of His merciful love. This great gift to His people is ‘a sign of the times’, or ‘light’, intended to illuminate our path in the third millennium and inspire hope in our hearts.

In the privacy of the convent and obedient to the monastic rule, Sister Faustina pondered, at first alone, on what God did for man at his creation, how much the Son of God suffered for the redemption, what He left for man in the Church and what He has prepared for man in the glory of heaven. This getting to know the merciful love of God, based on considerations of the word of God, the Church’s liturgy, prayers and daily search for its manifestations in her own life was strengthened by the gift of infused contemplation, as a result of which, she entered deeply into this mystery of our faith, enabling her to proclaim it with a new power to the modern world. At the command of Jesus and her confessors she kept a diary in which she wrote down everything that God let her know and what He told her about His mercy in her mystical experiences. As Pope John Paul II stated, this Diary – “appears as a particular Gospel of Divine Mercy, written from a twentieth-century perspective.” (John Paul II, Memory and Identity).

It is a unique work, not only because it sprang from a mystical experience of Divine Mercy, but also because it contains original thoughts related to this mystery of faith. In the Diary there are no quotes from or comments relating to the texts of Holy Scripture, but the truth it reveals concerning Divine and human mercy – as Bishop Kazimierz Romaniuk noted – “can be regarded as a kind of additional source for (…) theology, which clearly enriches theology”. What strikes everyone in the Diary, is a fascination with the merciful love of God, Father, Son and Holy Spirit, showing this to be the greatest attribute of the Creator and Redeemer; also her desire to pass this message on to the world. Having so great an understanding of the mystery of Divine Mercy – St. Faustina defines mercy very briefly, yet expresses its essence in very profound terms when she writes that “Mercy is the flower of love; God is love, and mercy is His deed, [He is] begotten of love and manifested in mercy” (Diary 651).