In the Old Testament 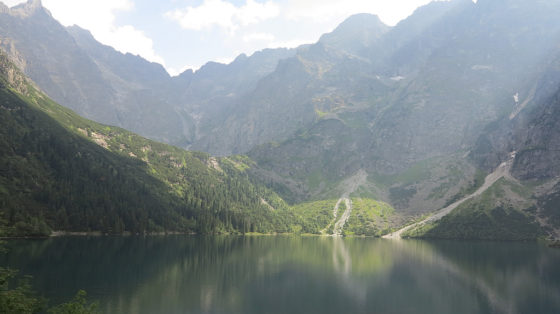 We can know the mystery of God’s mercy only because God has revealed it Himself, and because it has been recorded by the inspired authors in the sacred books of the Old and New Testament. In the history of the world, in the lives of individual biblical characters and in the history of the Chosen People, God has revealed his merciful love, which not only lifts man from sin, but also helps any human weakness, heals shortcomings, and grants man existence. Mercy therefore is manifested in every external action of God: both the creative and the redemptive. Everything God does for man is an expression of His merciful love.

The Old Testament uses many terms to describe this mercy of the Triune God in all its rich reality. Each term highlights some aspect of this great mystery of our faith. The Hebrew term for mercy, which is most often used (more than two hundred times), is the word hesed. It occurs in the Pentateuch, in the historical books, in the wisdom literature, and most frequently in the Psalms and in the prophets; in particular, this word is used in the context of the covenant which God concluded with the Chosen People. It means ‘faithful love’, ever showing goodness and grace. The term hesed emphasizes such features of God’s mercy as fidelity to Himself (the covenant made with man), and responsibility in love. In the Hebrew Bible the phrase hesed weemet, i.e. grace and faithfulness, can be found more than thirty times.

The inspired authors used the word rahamim very often (a word derived from rehem – mother’s womb), which highlights some features of womanly and motherly love. It can be characterized by a strong intensity of the most tender emotions. The term rahamim indicates the total involvement of man in helping others, sympathising even to the point of tears. It signifies love freely given, undeserved, flowing from the need, or from the ‘obligation’ of the heart, which can be characterized by: kindness, tenderness, patience, understan- ding and willingness to forgive. This thought is expressed most deeply in the words of the Book of Hosea 11.8, which are the confession of God’s love towards the infidel Ephraim.

There are other words expressing the mystery of God’s mercy: hanan defines a disposition which is permanent, kind, gracious and generous. The word hamal (literally to save a defeated enemy) expresses this trait of mercy which indicates showing mercy, compassion, forgiveness and pardon of guilt. The word hus has a similar meaning – it expresses pity and compassion primarily as a feeling. Sometimes the word hen also signifies kindness and a friendly attitude towards others, especially towards those in a difficult situation.