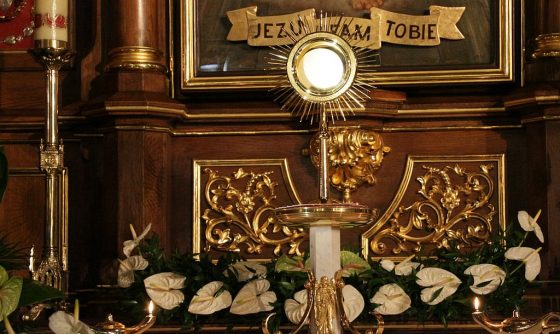 After the summer break, on September 22nd at 7 pm, in the Łagiewniki Shrine’s chapel of the Divine Mercy image and the tomb of St. Faustina, the traditional monthly youth meeting, dubbed the Łagiewniki 22, will take place. This year, the Sisters and the participants of the meetings will be following the new theme: Come and Trust! In prayer, the young people will entrust all the difficult matters of the Church, the world and their personal problems to the merciful Lord. The evenings of adoration will also be a spiritual preparation for the 20th anniversary of the act of entrusting the world to Divine Mercy, which was done by St. Pope John Paul II in 2002 at the Łagiewniki Shrine.