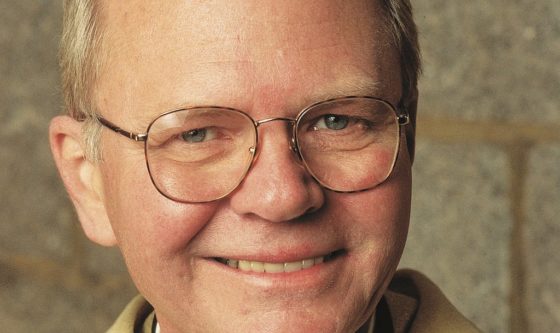 Ron, someone has intervened for you

The Testimony of Father Ronald Pytel

On 16 November 1999, the doctors invited by the Congregation for the Causes of Saints to examine my case voted on the matter and declared that there was no medical explanation for the immediate cure of the seriously damaged left ventricle of my heart. On 9 December a Vatican theological committee confirmed this was a miracle attributed to the intercession of Blessed Sister Faustina Kowalska. This was followed by a session of the cardinals’ committee, and on 20 December the decree on the miracle was promulgated in the presence of the Holy Father Pope John Paul II.

My name is Ronald Pytel and I am an American of Polish extraction. My grandparents came from Poland. I am parish priest of Holy Rosary Parish, Baltimore, Maryland (USA). Our parish is the diocesan shrine of the Divine Mercy. As a young boy, I remember seeing the image of Divine Mercy in our school with the inscription, “Jezu, ufam Tobie!” (Jesus, I trust in you!). I was ordained a priest 26 years ago and after some time joined in the work to disseminate the devotion to Divine Mercy. Since the year of Sister Faustina’s beatification there is a Divine Mercy service in English in our church every second Sunday of the month, and a Polish Divine Mercy service every third Sunday of the month. Also every Thursday we have a continuous novena to the Divine Mercy. Our parish is promoting the devotion to Divine Mercy by organising retreats, lectures, and pilgrimages. So when I became ill, my own and my parishioners’ prayers were addressed to the Divine Mercy through the intercession of Blessed Faustina.

I fell ill in 1995. All through the winter and spring I did not feel well. The symptoms were indicative of a cold and an allergy, and later bronchitis. I was out of breath from mounting the stairs up to the first floor and I was coughing all the time. I went to see a doctor, who confirmed the diagnosis: allergic bronchitis. He also observed that the heart murmur I had had since childhood had intensified and he sent me for a Doppler echocardiogram. The test showed that my aorta valve was constricted due to a calcium deposit, and pumping only 20 percent of my normal blood-flow. In essence, I was in cardiac heart failure.

On 8 June 1995 I had an appointment with Dr. Nicholas Fortuin, a well-known cardiologist of Johns Hopkins University Hospital in Baltimore. He studied my echocardiogram and confirmed the diagnosis, constriction of the aortic valve. He prescribed medicine for me and sent me home, ordering me to stay in bed until my operation at Johns Hopkins University Hospital, which was due on 14 June 1995. On the way to the hospital my best friend, Father Larry Gesy, said, “Don’t worry, Ron, this is all about Divine Mercy.” Although I was not pleased at the thought of the forthcoming operation, I just knew all would be fine. I read Sister Faustina’s diary, a copy of which I had packed to take to the hospital, and said the Divine Mercy Chaplet every day.

After the operation Dr. Peter Green, the surgeon, spoke to Father Gesy and told him that my heart was seriously damaged due to the constricted aortic valve which did not allow normal blood-flow. I would have been in danger of dying if I had not had the operation. After another examination Dr. Fortuin told him that he could not predict exactly how my heart would behave, but it was certain I would never be able to resume a normal life. He looked really concerned as he told him that nobody could give me a guarantee that I would live, and that my prospects of a long life were small. His diagnosis was not at all optimistic. My left ventricle had suffered serious damage. My friend gradually disclosed this diagnosis to me.

On 5 October, 1995, the feast of then-Blessed Faustina Kowalska, the parish celebrated an all-day vigil before the Blessed Sacrament. We recited the Divine Mercy Chaplet, the rosary, and other prayers. The day finished with Holy Mass in preparation for the Holy Father’s visit to Baltimore on 8 October 1995. I was chief celebrant at the Mass and preached a sermon on trusting in God and how God had exercised His mercy on he. Later that evening, a group of individuals prayed for my return to health, while I venerated a first-class relic of Blessed Faustina. During the prayer, I rested in the Holy Spirit. I lay on the floor for about 15 minutes. I was totally conscious and awake, but I could not move. I felt as if I were paralysed, as the healing ministry and my parishioners gathered around me and prayed.

Later that evening I realised I had forgotten to take my medicine. I took it around midnight and prepared for bed. Then I started to feel a pain in my heart every time I took a deep breath. I had never had such a pain before, only the pain of the operation wound. It was something new for me, something I had never experienced. I thought that I must have been overactive during the day. After a while I realised that the pain had increased when I took my medicine. Next day I did nit take my medicine at all and there was no pain.

I phoned Dr. Fortuin to tell him about the problem. I felt that my heart medication was causing the pain. Dr. Fortuin told me it was the best drug for my heart disease and that my body had tolerated it for two months with no side-effects. He said that if my body was reacting in this way, to take half the dose one day and the full dose every other day and phone him after a week. I felt better when I was taking half the dose. The pain was less intense and passed sooner. I phoned Dr. Fortuin and informed him about what I had observed. He told me to continue taking half the dose until my next visit, in 9 days’ time.

On 9 November I saw Dr. Fortuin. After the initial examination I had a Doppler echocardiogram. The doctor looked at the results of the test and asked me into his office. He stared at me in silence for what seemed like an eternity and then he spoke, “Ron, someone has intervened for you.” “What does that mean?” I asked. He said, “Your heart is normal.” “What?” I was surprised. “Your heart is normal,” he repeated. Dr. Green suggested repeating the echocardiogram to see if the left ventricle had improved. “No, no… we’re talking about a completely normal heart,” said Dr. Fortuin. “My prognosis for your state of health was not very optimistic. I can’t explain it. You don’t need any restrictions or any medicine at all,” he continued. “I’ll see you again after a year’s time for a checkup.” “A year?” I asked, surprised. “Yes, a year. Your heart is completely healthy.” When I left his office I phoned Father Gesy and told him what I’d heard from Dr. Fortuin. “We have the miracle we’ve been praying for,” he said.

In November 1996 an official tribunal committee was appointed in the Archdiocese of Baltimore to examine the opinions the doctors had made under oath and the testimony of witnesses concerning my state of health. When the diocesan process had been completed Father Seraphim Michalenko, Vice-Postulator for the cause of Sister Faustina in the United States, took the sealed documents from the Baltimore tribunal and in December 1996 we took them to Rome. The documentation comprised over 800 pages of medical data and about 500 pages of statements made under oath.

I know that Sister Faustina interceded for me with Jesus and that His love touched and healed me. It’s as simple as that.