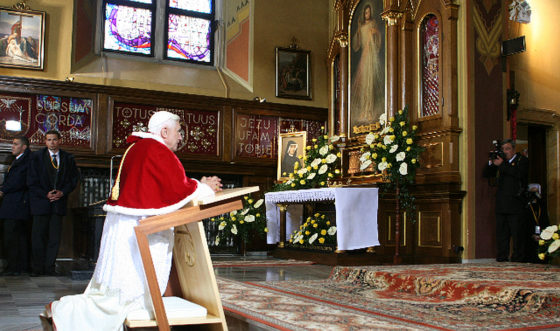 The centre of the Divine Mercy devotion has three times hosted the head of the Catholic Church. Pope John Paul II made two pilgrimages to Łagiewniki: 7 June 1997 and 17 August 2002 and Pope Benedict XVI came there on 27 May 2006. Each of these pilgrimages has left its mark, not only in the history of the Łagiewniki Shrine, but also in the history of the Church, since it highlighted “a gift of God for our times”, which is the message of Mercy given by St. Sister Faustina. This message recalls the biblical truth of God’s merciful love for every human being.