Preparations for WYD in Łagiewniki 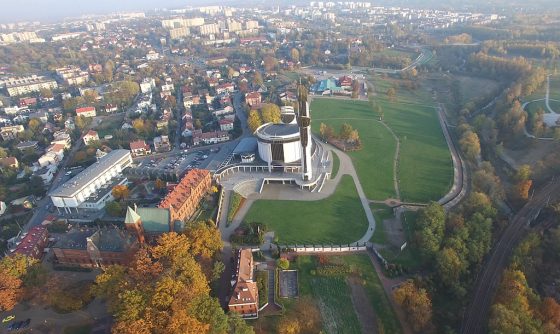 Spiritual preparations for World Youth Day began three years ago, and the closer we are to the event, the more prayers and sacrifices are being made for its intention. Alongside these preparations, the Congregation of the Sisters of Our Lady of Mercy has engaged in many other works related to preparing the Shrine for the meeting with Pope Francis and young people from all over the world. The altar with the miracle-famous Divine Mercy image and the tomb of St. Faustina, which is the destination for all pilgrims coming to the Shrine was renovated along with other altars and the polychrom in the chapel. Renovation of the facade of one wing of the convent’s buildings (at the entrance to the chapel) is coming to an end, as is the construction of a new passageway for pilgrims, located at the parking lot behind the basilica. There will be a restaurant, a cafe, shops, places to rest and sanitary facilities –   anything that people need when they are on the way. Decoration of the entire area is also under way, so as to bring the life, spirituality and mission of St. Faustina closer to the arriving pilgrims. Signs in Polish and English will introduce them to her mission of proclaiming the message of Mercy to the world, which is the essence of this holy place.