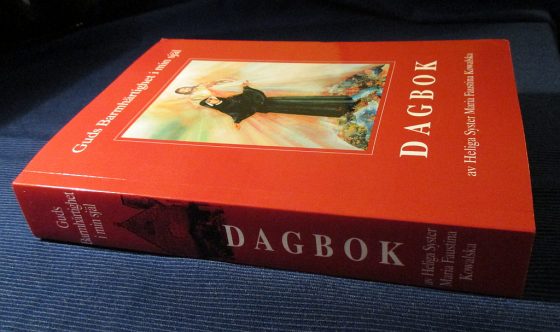 After many years of work, thanks to the efforts of Elżbieta Nilsson, the Diary of St. Faustina has appeared in print in Swedish. The translation from Polish was made by Sven Ahlgren and Jonas Ahlner. The readers of the Diary are Swedes, who are considered one of the most secular nations in the world. For 83% of Swedes – according to the Gallup social research center – religion does not play an important role in their lives, and only 2-4% of them take part in regular religious practices. Catholics represent 1.2% of the population. St. Faustina’s Diary, however, is addressed not only to Catholics. It is read by the Orthodox Christians and Protestants, too. It is directed to all who those seek and want to know God in the mystery of His merciful love for man.