The End of the Year of Consecrated Life 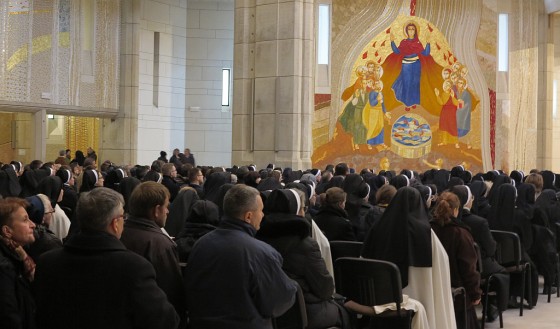 On February 2, the Year of Consecrated Life, which has been celebrated by the Church since 30 November 2014, will be officially concluded. The event will be preceded by a Worldwide Week of Life Consecrated to Unity. Its theme will be “Towards the future of evangelical discipleship, a permanent form of life in the Church”. It will be held in Rome and attended by representatives of monastic life, institutions of consecrated life and apostolic societies, lay institutes and representatives of new forms of consecrated life. On January 30th, thanksgiving will be held at the Basilica of St. Peter, including a prayer vigil entitled „Prophecy, holiness and martyrdom in a secularized world”. On February 1st, a meeting with the Holy Father Francis will be held. On February 2nd, on the World Day of Consecrated Life, in the Basilica of St. Peter in Rome and in individual dioceses worldwide, a Eucharistic celebration will officially end the Year of Consecrated Life. Thanks will be given for the gift of vocations to consecrated life, for all spiritual gifts and all the graces received by various institutes of consecrated life, and through them, by the Church and the entire world.