The Miracle of Divine Mercy 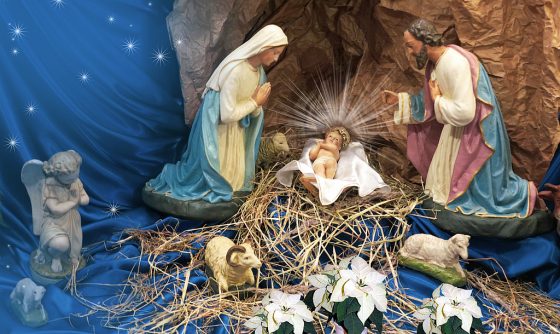 This is how the mystery of the incarnation and birth of the Son of God was referred to by St. Faustina. In a beautifully poetic way, it was expressed by Franciszek Karpiński in the Polish Christmas carol:

[God is born and the night is shaken,
The Lord of Heaven lies naked,
Fire is frozen, light is veiled
The Eternal now has its limits.
He was scorned, yet clothed with glory,
Mortal King of the Ages!
And the Word was made flesh,
And dwelt among us.]

Infinite and eternal God took human form and became a man. No other religion in the world has such a god who is the Creator and Lord of all that exists, who is the One, holy, infinite, transcendent, all-powerful and all-knowing, ineffable by human or angelic reason, and at the same time so close to man in His Son embodied as a human person. The contemplation of Divine Mercy in this mystery brings the ineffable joy and awe, because God dwells among us, the Word of God, Mercy Incarnate (Diary, 1745).