The Pope Who Believed 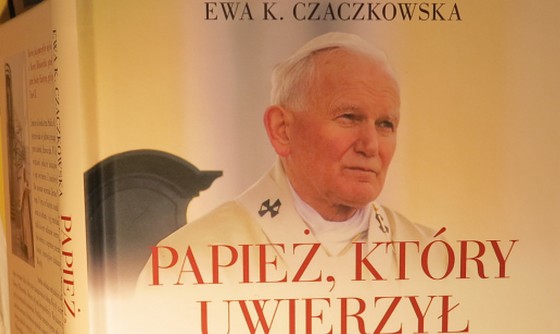 Papież który uwierzył (The Pope Who Believed) is the new book by Ewa Czaczkowska published by Znak. It is a story of “Karol Wojtyla persuading the Church to accept the devotion to Divine Mercy”. The book focuses on God’s action in the lives of St. Faustina and a priest named Karol Wojtyła, who later became a cardinal and eventually Pope John Paul II. It also tells the story of John Paul II’s friendship with Andrzej Cardinal Deskur. The book draws extensively from various archived materials, some of which are new and have never before been published, and from interviews with many witnesses of the events in the book. This is a worthwhile read which will give you valuable insights into this popular devotion.