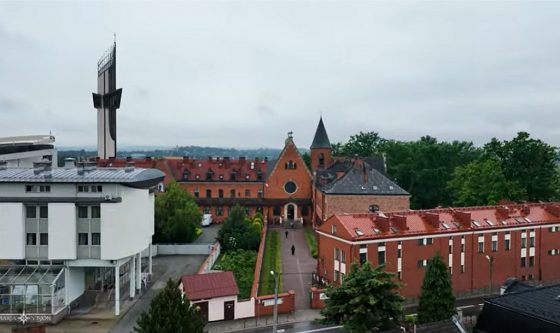 Sanktuarium (The Shrine) is the title of the latest film about the Shrine of Divine Mercy in Krakow, a place chosen by God, where, as St. Faustina died, a great treasure was laid – the message of Divine Mercy. It is a place of many a revelation, miracle and pilgrimage from all over the world. The documentary tells about this special site on the religious map of the world, which TV, radio and online broadcasts have allowed millions of pilgrims weekly to come to visit. The narrative of the film includes the theme of the national TV broadcasting that is the mission of TVP, that has accompanied the Shrine for 30 years, including the three years of daily broadcasting. The documentary, directed by Grzegorz Styła, contains fascinating testimonies of people from all over the world. It is available on TVP VOD.