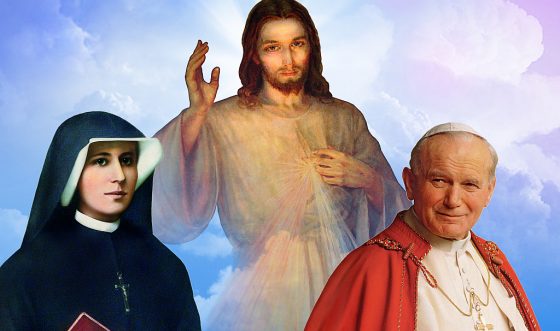 There are two Patrons of WYD in Krakow – two great apostles of Divine Mercy: St. Faustina and St. John Paul II, who have accompanied the preparations for this meeting of young people from 187 countries around the world and will participate in its progress, not only in the mystery of the communion of saints, but also in the sign of their relics. Already at the opening Mass in Błonie park on July 26, the relics will be introduced. The relics of St. Faustina will be introduced by Sr. Jana Maria from the Congregation of Our Lady of Mercy. The relics of this Apostle of Divine Mercy will be present also at the Tauron Arena, where English speaking young will gather, and at Campus Misericordiae during the concluding Mass of World Youth Day. However, the most important meeting with the two Apostles of Divine Mercy will take place at the Shrine of Divine Mercy in Łagiewniki and in the adjacent Shrine of St. John Paul II, which will be visited by youth as part of the Jubilee Pilgrimage of Mercy. The tomb of St. Faustina is already being visited by young people who come individually and in groups, without waiting for official events to begin. The Shrine of Divine Mercy’s chapel of the miracle-famous image of Merciful Jesus and the tomb of St. Faustina will be open on 26-28 July until midnight. During the day (until 3 pm), it will be accessible from the street Świętej Faustyny.