Resolution Not Just for Lent 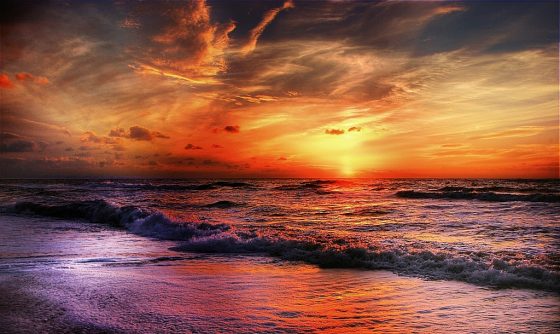 For the period of Lent, we usually make resolutions, which usually involves doing the deeds that Jesus asked us to do: almsgiving, prayer and fasting, performed secretly with the pure intention of love for God and for people, not for applause or recognition. Saint Faustina also practiced them. In her religious life, however, she made one specific resolution, which she realized not only during Lent, but always, namely, she joined Merciful Jesus living in her soul, through an aspiration. When she wanted to change this decision, Jesus would not let her, because this daily practice leads to the development of a deep relationship with Him, to living our daily lives with Him. 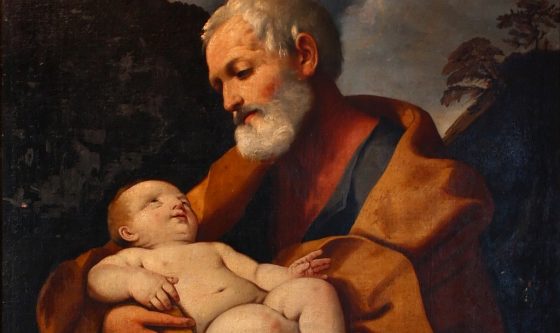 In March in all chapels of the Congregation of the Sisters of Our Lady of Mercy, including the one with the miracle-famous Divine Mercy image and the tomb of St. Faustina at the Shrine in Krakow-Łagiewniki, evening devotions will be held to memorate St. Joseph. The sisters, since the early history of the Congregation, have had special veneration for St. Joseph, Spouse of the Mother of God and diligent protector of Christ, whose care they entrust themselves to. The Saint provides aid not only in respect to material things, but also spiritual ones. He gave St. Faustina “to know how much he is supporting this work of mercy” which the Lord commanded – one of proclaiming the message of mercy to the world, and promised his protection. However, he also demanded her continuing devotion and asked that she recite three daily prayers and one Memorate to St. Joseph (Diary, 1203). Our daily on-line broadcasts (except Thursdays and Sundays) at 7:00 pm will allow you to join in the singing of the Litany of St. Joseph with the sisters to thank for his fatherly care and to ask for his powerful intercession in our intentions before God. 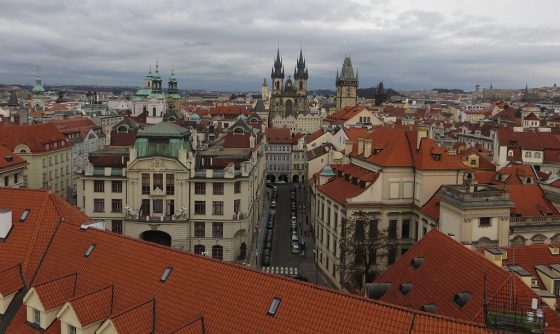 Sisters from the Plock convent of the Congregation of Our Lady of Mercy have prepared a video showing the present condition and needs of the Shrine of Divine Mercy in Plock, which is being erected in the place of the historic revelations of the Merciful Jesus image.

In 2021, it is planned to continue installing sanitary and electrical facilities, plastering and flooring, in addition to stone cladding, outside stairs and window sills. It is also planned to start works related to land development (parking lot, pavements, small architecture), as far as the finances allow it.

The Shrine of the Divine Mercy in Plock is being erected by the Congregation of the Sisters of Our Lady of Mercy thanks to the donations made for this purpose by devotees of Divine Mercy and people of good will. The Sisters thank you for every gift of heart that makes the place of the first revelation of Merciful Jesus to St. Faustina. Thanks to these gifts, the church is growing and therefore the sisters would like to ask for further support. Holy Mass is celebrated on the 22nd day of each month and the Sisters pray daily together with the faithful at the Hour of Mercy and with the Chaplet of Divine Mercy in the intention of everyone who support the construction of the Shrine spiritually and physically.

Donations for the expansion of the Shrine of Divine Mercy in Płock can be deposited into the account: 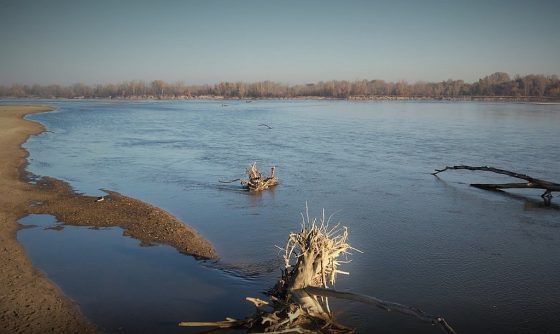 Such is the title of the 33th episode of our short film clip series about the Message of Mercy from Jesus, based on the Diary of Sister Faustina. Every episode contains a dialog between Jesus and St. Faustina. In this episode, Jesus is saying: “ I protect souls that spread the worship of My Mercy throughout their lives, as a loving mother protects her baby; and at the hour of their death I shall not be a Judge unto them, but their merciful Saviour” (Diary, 1075). Saint Faustina responds: “ It is my greatest wish that souls should learn to know You – to learn that You are their eternal happiness, to trust in Your goodness and to praise Your infinite mercy” (Diary, 305).

The script for a series of short films featuring Jesus’ message of mercy was written by Sr. M. Elżbieta Siepak, ISMM. This message reveals God’s merciful love and calls us to respond to it with an attitude of trust in God, that is, by doing His will, and by doing good to others through deeds, words and prayer. The narrators are Adam Woronowicz and Aleksandra Posielężna, and the music was written by the Krakow composed and musician, Paweł Bębenek. The one-minute film clips with beautiful outdoor scenes are produced by the Congregation of the Sisters of Our Lady of Mercy in cooperation with TVP. You can watch them all on you YouTube channel: Faustina.pl. 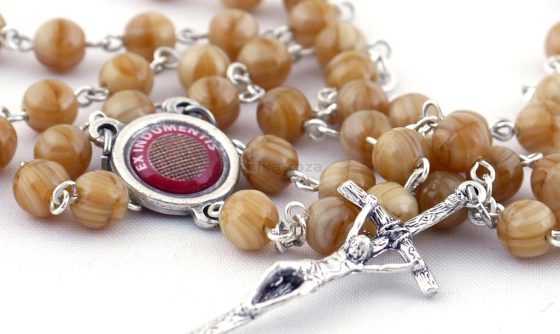 The Sisters of Our Lady of Mercy would like to warn everyone againts buying counterfeit relics of St. Faustina which have appeared online. The Congregation of the Sisters of Our Lady of Mercy is the sole custodian of the relics of St. Faustina. Relics of the first and second degree are donated to parish churches or chapels which proclaim the message of God’s Mercy and practice the devotion to the Divine Mercy. Relics of the third degree (the canvas on which the bones of St. Faustina used to be deposited) are available in laminated pictures, medallions and rosaries are designed for the faithful who practice individual devotion. 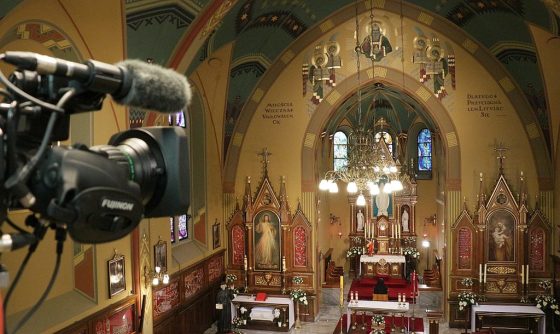 Every day at 3-3.20 pm, Sisters’ from the Congregation of Our Lady of Mercy prayer at the Hour of Mercy and Chaplet of Divine Mercy is broadcast from the Shrine of Divine Mercy in Krakow-Łagiewniki. In this prayer, in accordance with the wish of the Lord Jesus, we contemplate the mystery of the merciful love most fully revealed in His passion, death and resurrection, and beg for His mercy, recommending the intentions offered on the altar of the miracle-famous Divine Mercy Image and the tomb of St. Faustina, along with matters of the Church, our country and the world. Also listeners of 12 radio stations, television viewers and Internet users from many countries of the world are involved in this prayer. The broadcast will be available at www.saint-faustina.org and from TVP3 nationwide broadcasting from Monday to Friday, and on Saturdays and Sundays on TVP1. Polish television broadcast can be received also at faustyna.pl and its 7 language versions and in the Faustyna.pl applications.

“I Will Not Stop Trusting” 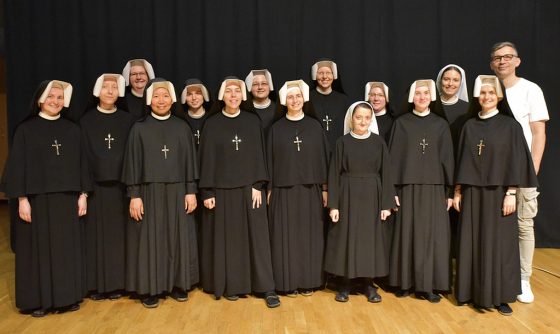 The song titled Nie przestanę ufać (I will not stop trusting) comes from the Ja zawsze jestem z tobą album inspired by the Diary of St. Faustina. The songs are by Sr. Emanuela Gemza and performed by Sisters of the Congregation of Our Lady of Mercy. The music was arranged by the Krakow composer Hubert Kowalski, who also supervised the recording of the album. The album is in line with St. Faustina’s mission to bring the message of God’s merciful love to the world. The album can be purchased from the online store at www.misericordia.faustyna.pl.

Retreat for Individuals at the Łagiewniki Shrine 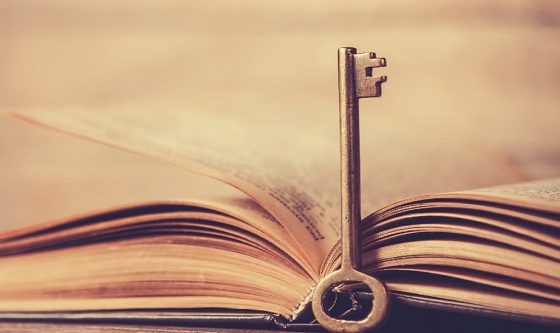 Starting November 19th, the secretariat of the Faustinum Divine Mercy Apostles’ Association will be accepting applications for individual retreats with the Bible and the Diary of Sister Faustina. Persons who wish to experience an encounter with God in this holy place through deep prayer with the Word of God and drawing on the spiritual heritage of the Apostle of Divine Mercy are invited to participate. The retreat (from 1 to 8 days), currently only available in Polish, is held according to the program proposed by the spiritual director (a Sister from the Congregation of Our Lady of Mercy) in complete silence, excluding cell phones and other electronic devices. For details, visit: www.faustinum.pl